Vermont Parents Angry Over Sex Survey Given to Their Fifth Graders 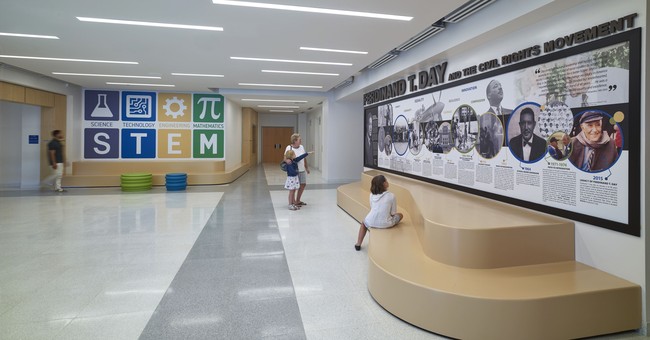 According to a Boston CBS affiliate, a group of parents in Vermont is mad after a number of 5th grade students were given a survey asking about sexual activity, sexual orientation, and gender identity.

One question in particular asked: “Have you been in a romantic relationship? By relationship, we mean more than friends, like having a partner for planned events, like a school dance, going to the movies, or having a sexual partner.”

Vanessa Beach, a mother from Windsor, Vermont, told WPTZ, "My daughter is 10. So are all the other kids who took this. A sexual partner at 10 years old would be called sexual abuse."

While Beach went on to say that she did not take issue with the subjects of gender identity and sexuality being discussed in the classroom, she felt that asking the children about their own personal experiences constituted an invasion of privacy. She also believes the questions were not age-appropriate.

The survey was reportedly conducted by the organization WISE, a domestic violence prevention and advocacy group that also performs educational trainings in Windsor-area public schools.

The survey questions were developed by WISE in conjunction with the University of New Hampshire, with whom the data results were shared.

Although a form was supposedly sent home to parents allowing them to opt their students out of the survey, Beach claims she never received it. And a researcher involved with the survey claimed that “passive-consent” policies are not uncommon in Vermont.

A spokesperson for WISE added that before the survey is handed out, students are informed that they may choose not to take it.

But Beach, along with a number of other parents, isn’t satisfied with that explanation.

She immediately posted a photo of the survey, and voiced her disapproval, on Facebook.

“I find this ridiculous and unnerving to say the least,” wrote Beach. “I am so pissed I haven’t read the rest yet!!”

Stapleton also denied the claim that children were being asked whether they’ve engaged in sexual activity.

“It’s asking a range of behaviors,” she told Yahoo Lifestyle. “It’s a general question that asks about romantic relationships. Yes, it does say sexual relationships, but it’s not asking about specific acts.”

But Beach apparently isn’t alone in her feelings about the intrusive survey questions. She says she was contacted by the superintendent of Windsor Schools, who claimed neither he nor the school’s principal were informed about the survey, and that he was “enraged” by it.

School administrators have also said that they’ve received many parental complaints similar to those from Beach, and are presently working to address them.