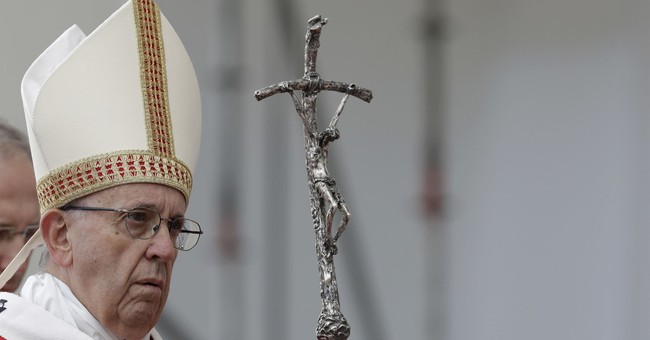 Vigano, who is the former apostolic nuncio to the United States, stated in a letter released Thursday that “Neither the pope, nor any of the cardinals in Rome have denied the facts I asserted in my testimony. If they deny my testimony, they have only to say so, and provide documentation to support that denial.”

McCarrick was demoted from the position of cardinal in July, when news broke that he had inappropriately touched a teenage altar boy at New York City’s Saint Patrick’s Cathedral back in the 1970s. The claim, deemed credible, was investigated by the U.S. Catholic Church. Additionally, McCarrick had been rumored to have sexually abused and coerced a number of adult seminarians over the years, and it is believed that several high-ranking members of the Church hierarchy were aware of McCarrick’s crimes. Theodore McCarrick is the former archbishop of Washington, D.C.

In his first letter, Vigano claimed that Pope Benedict XVI had instituted sanctions against McCarrick, only to have them eventually lifted by Pope Francis, who ultimately promoted McCarrick as an advisor.

Although Catholics had hoped for and expected a response from Pope Francis, the pontiff instead replied to Vigano’s allegations by telling reporters, “Read the statement carefully and make your own judgment. I will not say a single word on this.”

Now, Vigano is speaking out again, this time about the pope’s refusal to engage with Vigano’s earlier claims.

“He has compared his silence to that of Jesus in Nazareth and before Pilate, and compared me to the great accuser, Satan, who sows scandal and division in the Church – though without ever uttering my name,” Viganò wrote about Pope Francis in Thursday’s letter. “The pope’s unwillingness to respond to my charges and his deafness to the appeals by the faithful for accountability are hardly consistent with his calls for transparency and bridge building.”

“The pope’s cover-up of McCarrick was clearly not an isolated mistake,” Viganò asserted, right before going on to detail additional instances of alleged sexual abuse by prominent clergy members.

The new letter also calls on Cardinal Marc Ouellet, who is the prefect of the Congregation for Bishops, to corroborate Vigano’s claims and “bear witness to the truth.”

Writing directly to Cardinal Ouellet, Vigano pleaded, “You were the one who told me of Pope Benedict’s sanctions on McCarrick. You have at your complete disposal key documents incriminating McCarrick and many in the curia for their cover-ups.”

Vigano specifically addressed Cardinal Daniel DiNardo in the letter as well, along with the other U.S. bishops who met with Pope Francis in Rome on September 13 to discuss the sexual abuse crisis within the Catholic Church. He asked them to reveal whether or not Pope Francis refused “to carry out a Vatican investigation into McCarrick’s crimes and of those responsible for covering them up.” According to Vigano, “the faithful deserve to know.”

Pope Francis has yet to respond to Archbishop Vigano’s latest claims.