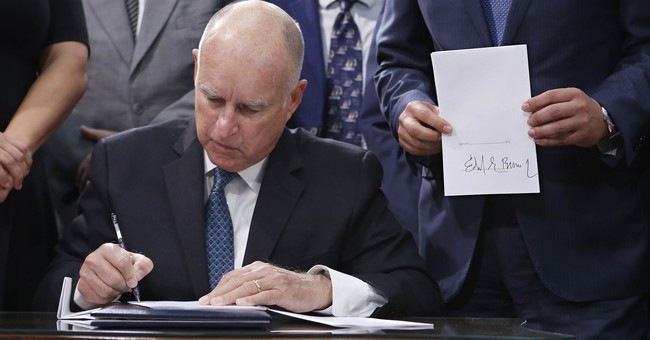 The controversial California law, known as AB 2119, is intended to “provide that the rights of minors and nonminors in foster care, as described above, include the right to be involved in the development of case plan elements related to placement and gender affirming health care, with consideration of their gender identity.” AB 2119 was authored by Assemblyman Todd Gloria (D).

Costs related to the treatments will reportedly be covered by tax-paying Californians, based on a provision included in the legislation.

“All children in foster care, as well as former foster youth up to 26 years of age, are entitled to Medi-Cal coverage without cost share or income or resource limits”, reads the bill. “The Medi-Cal program provides transition-related health care services when those services are determined to be medically necessary.”

A sub-provision also stipulates that all rights afforded to children in the foster care system, such as the right to confidential health and mental care, will also now apply to “gender affirming healthcare.”

Foster parents will have no say over whether or not the children in their care obtain these services.

Prior to passage of the bill, the American College of Pediatricians filed testimony against the legislation, strongly urging California legislators to reject it.

“Children with gender dysphoria believe they are not their biological sex,” the March 2018 testimony read. “A delusion is a fixed false belief. This bill proposes that foster children with gender dysphoria be socially affirmed into their delusion, and allowed to obtain experimental puberty blockers, and dangerous cross-sex hormones and surgery without parental consent.”

The American College of Pediatricians cited a number of statistics in favor of their position against the bill, including the fact that roughly 88 percent of gender dsyphoric girls and 98 percent of gender dysphoric boys will, if given time, go on to identify with their biological sex by late adolescence.

The testimony also detailed a number of dangerous side effects associated with puberty blocking drugs and cross-sex hormones. Those side effects allegedly include heart attack, stroke, diabetes, hypertension, and cancer, in addition to the fact that transgender adults are twenty times more likely to commit suicide than those in the general population.

“Passage of this legislation will allow emotionally disturbed children to consent to dangerous life-altering procedures that will not reduce their risk for suicide in the long term,” warned the American College of Pediatricians. “This would be a criminal outcome.”

AB 2119 was signed into law by California Governor Jerry Brown on September 14.