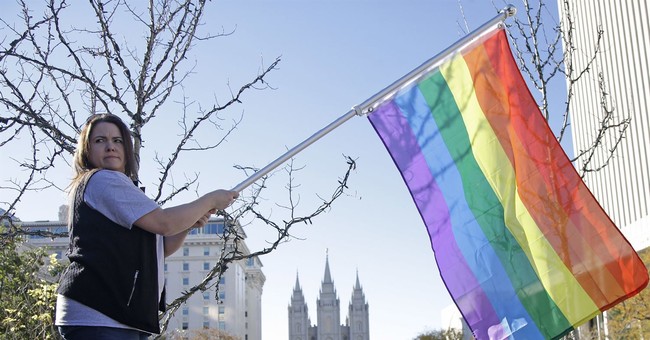 This past Tuesday, AB 2943--the controversial California bill that would ban so-called gay “conversion therapy”--gained ground in the state Senate.

The proposed legislation aims to prevent the sale and promotion of “reparative” therapies intended to change sexual orientation, while supporting therapy geared towards the “exploration and development” of same-sex attractions.

But despite the bill’s success in the far-left California legislature, not everyone is happy about it--including a number of men and women self-identifying as gay or ex-gay.

Upwards of 350 people protested the legislation at the state capitol this week, voicing opposition to what they believe will greatly diminish their ability to receive much-wanted psychological help. Among them were 30 formerly gay or transgendered individuals themselves who, according to Ken Williams (co-founder of Equipped to Love), “don’t want to see an America where the government is controlling how people identify sexually.”

The rally was organized by Church United and the Catholic Diocese of Orange County.

Jim Domen, now a happily married Christian pastor with a wife and kids, said that “I did not want to be gay. Please do not take away professional health programs that have helped people like me.”

Pulse Nightclub shooting survivor (and former homosexual) Luis Ruiz also had a message for the crowd on Tuesday:

"The Pulse Nightclub shooting was a very tragic event and I lost many friends...The church came in and prayed with me. They came in and showed me scriptures through the word of God. I was able to not only just be free of the lifestyle, but be free of me in general -- from every type of sin and I don't feel that someone should dictate and tell me that I can't go seek help for any of that. And I think we should vote 'no,'" he said.

Opposition to the bill is not just about what happens in a clinical setting, however. There is also growing concern among people of faith that AB293 might pave the way for an eventual banning of the Bible itself, along with other Christian books and resources that advocate a traditional Judeo-Christian view of married sexuality. Some rightly worry that the anti-Christian legislation will end up targeting churches, in-home Bible studies, and businesses.

Yet liberal proponents of AB293 claim to have alleviated those worries through amendments to the legislation, and see the bill differently all the way around. Senator Scott Weiner, a gay Democrat from San Francisco, said that “Conversion therapy is psychological torture. There are people who want to erase people like me. . . It is shocking in some ways that in 2018 this is still happening.”

It was in 1973 when homosexuality was officially removed from the APA’s list of recognized psychological disorders. It is worth noting that this depathologizing of homosexuality did not result from scientific research demonstrating otherwise, however, but was instead due to political pressures from early LGBTQ activists.

Perhaps pro golfer (and former lesbian) Kris Olsen said it best on Tuesday: "AB2943 violates my right to choose. It is a blatant violation of my first amendment rights and I believe there's a reason why our Founding Father chose to put these rights in the very first amendment."