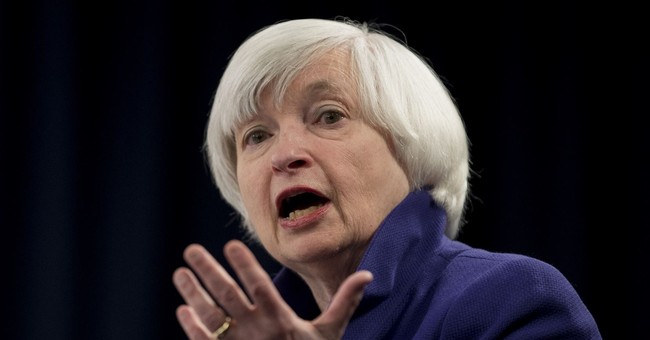 Thirteen states on Wednesday filed a lawsuit against Treasury Secretary Janet Yellen and Treasury Department's Acting Inspector General Richard Delmar, saying the American Rescue Plan – the recently passed $1.9 trillion Wuhan coronavirus relief package – is "one of the most egregious power grabs by the federal government in the history of the United States." According to the attorney generals, the American Rescue Plan "impermissibly seizes taxing authority from the States."

States that have been fiscally responsible, predominantly Republican-led states, say they would have to relinquish their taxing authority to the federal government in exchange for funds from the American Rescue Plan. That could have a chilling effect on the state's finances as a whole.

"Specifically, the Federal Tax Mandate disables States from decreasing taxes on their citizens for a period of over three years, while allowing them to increase taxes on their citizens and residents without restriction," the lawsuit states. "The Federal Tax Mandate thus usurps the ability of the Plaintiff States’ citizens to reduce their tax burdens and creates an impermissible chilling effect on their elected officials’ willingness to do the same—based on a threat that the federal government may claw back some or all of the States’ share of critical ARPA funding."

“Never before has the federal government attempted such a complete takeover of state finances,” West Virginia Attorney General Morrisey said in a statement. “We cannot stand for such overreach. The Constitution envisions co-sovereign states, not a federal government that forces state legislatures to forfeit one of their core constitutional functions in exchange for a large check equal to approximately 25 percent of their annual respective general budgets.”

Before the lawsuit was filed, the coalition attempted to work with Yellen to address their concerns. They wanted clarification on what their taxing abilities were, The New York Times reported at the time.

In their letter, the Republican officials asked Janet L. Yellen, the Treasury secretary, to clarify how expansively her department would interpret that portion of the law. Does it simply prohibit states from using the federal dollars to offset new tax cuts, or instead prohibit them from cutting taxes for any reason, even if those cuts were in the works before the law passed? The officials said the broader restriction would be damaging and most likely unconstitutional.

“This language could be read to deny states the ability to cut taxes in any manner whatsoever — even if they would have provided such tax relief with or without the prospect of Covid-19 relief funds,” the attorneys general wrote. “Absent a more sensible interpretation from your department, this provision would amount to an unprecedented and unconstitutional intrusion on the separate sovereignty of the states through federal usurpation of essentially one half of the state’s fiscal ledgers” — their ability to collect revenues.

The plaintiffs say Yellen's response was vague and failed to place limits on the states' ability to allow for tax cuts. In fact, she admitted "thorny questions" were come about on the subject. It's why the 13 states filed the lawsuit.