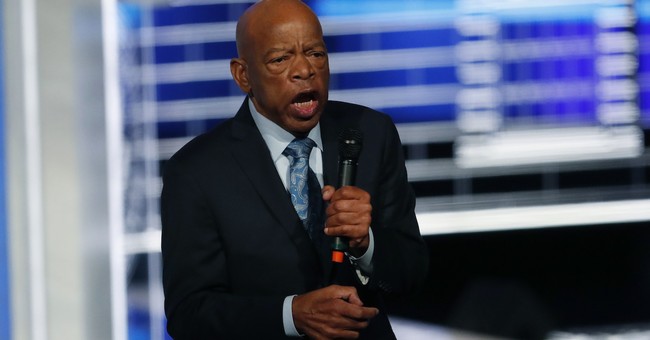 "He was honored and respected as the conscience of the U.S. Congress and an icon of American history, but we knew him as a loving father and brother," his family said in a statement. "He was a stalwart champion in the ongoing struggle to demand respect for the dignity and worth of every human being. He dedicated his entire life to nonviolent activism and was an outspoken advocate in the struggle for equal justice in America. He will be deeply missed."

Lewis had a 33-year tenure in the United States Congress. He was one of the keynote speakers at the March on Washington in 1963 and the only one who lived long enough to witness President Barack Obama's election.

“When we were organizing voter-registration drives, going on the Freedom Rides, sitting in, coming here to Washington for the first time, getting arrested, going to jail, being beaten, I never thought — I never dreamed — of the possibility that an African American would one day be elected President of the United States,” Lewis said shortly before Obama's inauguration in 2009.

Lewis' final act was a bipartisan one and focused on the same mission his entire life and career was about: freedom and equality for all. Lewis and House Minority Leader Kevin McCarthy (R-CA) sent a letter to Education Secretary Betsy DeVos to ask for funding to help educate America's youth about the role of government and civics.

"John’s final act of public service was also about civic education: he and I sent a letter yesterday urging more money to be spent on civics courses in elementary, middle, and high schools. Even on the last day of his life, John never stopped working to improve the lives of others," McCarthy said in a statement on Friday.

The announcement comes less than one week after false rumors swirled about his death.