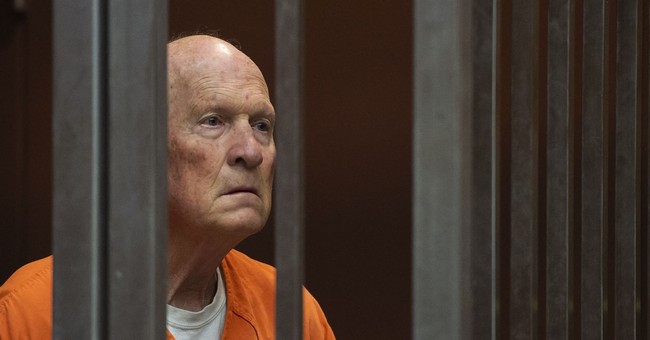 On March 20th, a number of inmates were released from the Cook County Jail in Illinois, which is home to Chicago. Cook County Public Defender Amy Campanelli spent more than a week working with State Attorney Kim Foxx and Sheriff Tom Dart to determine which inmates should be released because they were considered high risk for contracting the Wuhan coronavirus.

In order to qualify for release, the 100 detainees had to be serving for nonviolent offenses, deemed elderly, pregnant or had serious underlining health issues. Campanelli then worked to make sure those individuals were released into Chicago and its suburbs.

Although Campanelli was only able to get 100 inmates released, she was working to make mass release a reality. She wanted those with underlying health conditions, pregnant women, nonviolent offenders and those who couldn't afford bail to be released.

“I am absolutely happy that we have gotten some people out. We have to put our heads together and really delve into this on a much bigger scale," she told the Chicago Tribune at the time. “Bold, forceful action is a necessity here in Cook County, not only for the health and well-being of all those confined in the Jail but also for the safety of the larger community."

Fast forward two-and-a-half weeks later and Cook County Jail is considered the United States' number one hot spot for the Wuhan coronavirus, the New York Times reported. The jail, which holds 4,500 inmates, has had 238 inmates and 115 staff members test positive for the virus. The first death at the jail took place on Monday.

Corrections officer and chief union steward David Evans recently blew the whistle on what's taking place inside the prison. According to Evans, officers lack personal protective equipment (PPE), training and the necessary equipment to prevent the spread of the Wuhan coronavirus, WLS-TV reported. To make matters worse, union lawyers have received numerous reports that multiple inmates are being held in the same cell, large gatherings  of prisoners are taking place, and officers are afraid of speaking out for fear of retaliation.

The first positive case took place on March 23rd, just three days after the 100 inmates were released. Because of the close proximity prisoners have with one another and the unsanitary conditions, there is a high probability that those who were released into the community were positive but asymptomatic.

The move to release these inmates was to help prevent the spread of the Wuhan coronavirus inside of the jail's facilities. While this sounds great in theory, all it did was put even more individuals at risk.

More than 13,000 people across the State of Illinois have tested positive for the virus, with 380 deaths. Of those, 5,506 cases and 135 deaths are in Chicago alone, WMAQ-TV reported.

Even though only 100 individuals were released, think about how quickly those 100 people could spread the virus, even if they aren't showing signs or symptoms. Assume that they stay with family and that each household has four other people. 100 x 4 = 400. Those 400 family members then go about their day and do grocery shopping, continue to show up to work because they're deemed essential or pick up fast food, they're then exposing every single person they come into contact with. Those 400 family members can also be asymptomatic carriers as well. And that's precisely why Drs. Fauci and Birx encouraged people to stay home and practice social distancing.