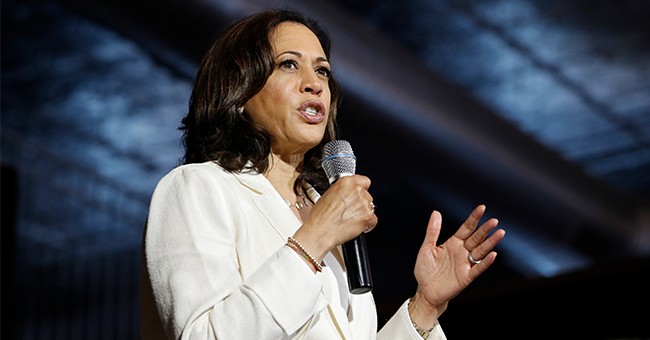 Harris shared a video on her Twitter page explaining why she decided to back Biden.

"I have decided that I am, with great enthusiasm, going to endorse Joe Biden for President of the United States. I believe in Joe. I really believe in him and have known him for a long time," Harris said. "One of the things we need right now is we need a leader who really does care about the people and who, therefore, can unify the people. And I believe Joe can do that."

"I am supporting Joe because I believe that he is a man who has lived his life with great dignity. He is a public servant who has always worked for the best of who we are as a nation and we need that right now," the California senator explained. "There is so much at stake in this election, guys. So join me in supporting Joe and let's get this done.

.@JoeBiden has served our country with dignity and we need him now more than ever. I will do everything in my power to help elect him the next President of the United States. pic.twitter.com/DbB2fGWpaa

Biden thanked Harris for her support.

Kamala — You’ve spent your whole career fighting for folks who’ve been written off and left behind — and no small part of that alongside Beau. From our family: thank you.https://t.co/ePtRKVjzXB

Harris is scheduled to appear at a campaign event with Biden in Detroit on Monday.