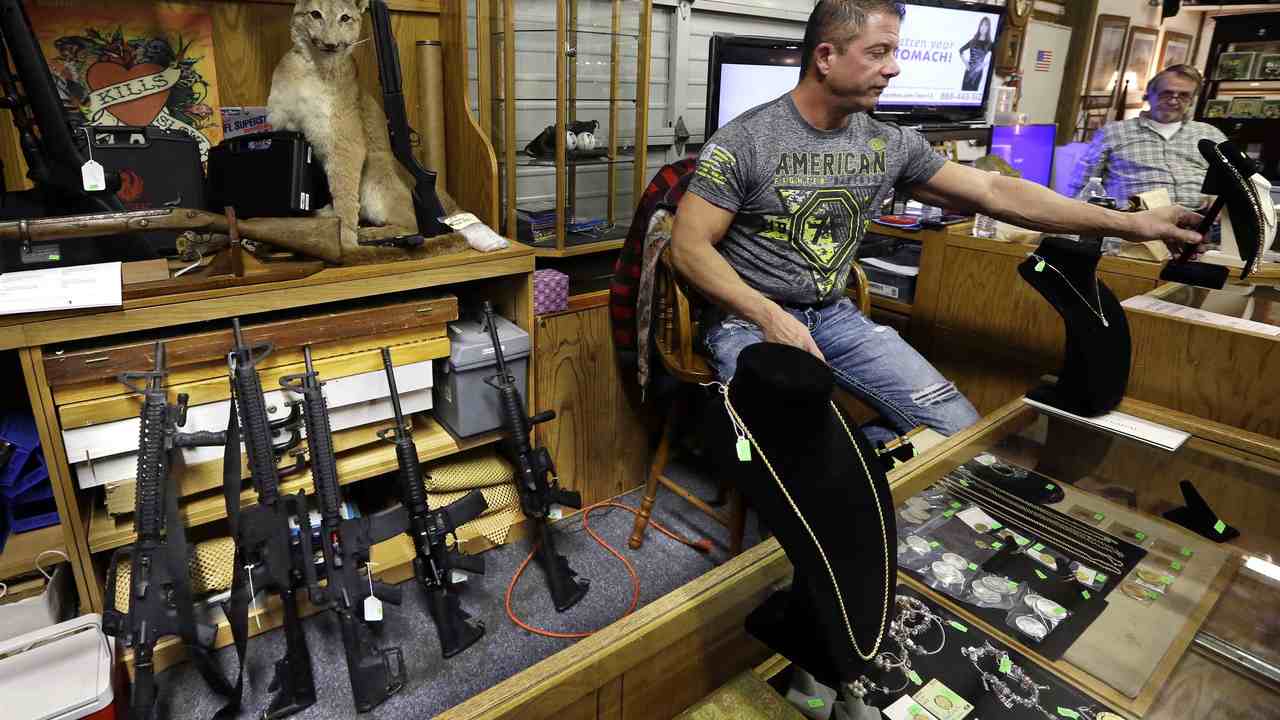 As Democrats continually push for stricter gun control laws, social media platforms, like Facebook, have cracked down on the sale of firearms and ammunition.

The purchase, sale or trade of firearms, ammunition and explosives between private individuals isn't allowed on Facebook. Please refer to this help center article for a list of items covered by this policy.

Firearm shops and online retailers are allowed to engage in commercial activity involving firearms and ammunition on Facebook (ex: offering a gun for sale) as long as all applicable laws and regulations are followed.

Keep in mind that posts about firearms in general are allowed on Facebook. This includes discussions about sales in stores or by online retailers, posts advocating for changes to firearm regulation or anything else that follows Facebook's Community Standards and Terms.

Users frequently have their posts deleted or, if they're a frequent offender, their profile may be suspended. Despite that, Democrats aren't happy with the social media website. In their eyes, Facebook could be doing more.

A group of 13 senators sent a letter to Facebook CEO Mark Zuckerberg to "monitor its own ban on gun sales."

When Facebook banned the sales of firearms on its platforms in 2016, your company took a powerful stand against unlicensed gun sales. A 2017 study estimated that 22 percent of firearm owners obtained their most recent firearm without undergoing a background check.  Another study found that the private market for gun sales “has long been recognized as a leading source of guns used in crimes.”  As an industry leader, Facebook “shut down a key avenue that criminals and minors [ ] used to arm themselves and put lives in danger”.  This is exactly the type of common sense gun policy that enjoys broad support with the American public.

Unfortunately, it is not enough to simply ban such sales. Effective monitoring, including the suspension of accounts in violation of these policies, is essential. As reported in Protocol earlier this month, “[w]hile Facebook's policy led to the removal of some high-profile groups that hosted these discussions, many simply moved to unlisted settings that made tracking the behavior more difficult.”  Even more troubling is the assertion from a former Facebook engineer that the “sheer volume of content” made it difficult to enforce the firearm sales ban, and Facebook simply sought to “get [the content] down to a level that was acceptable.”

While we understand that in November 2018 Facebook instituted proactive measures to better identify accounts that violate its gun sale policy , we have concerns that those measures fall short. Thus, we request answers to the following questions no later than March 12, 2020:

1. On average, how many private group accounts does Facebook suspend each month for violating the firearm sale policy?

2. On average, how many users within private groups does Facebook suspend each month for violating the firearm sale policy?

3. What measures does Facebook have in place to ensure that if it permanently suspends a private group for violating the gun sale policy, users from that group cannot create another private group under a different name?

4. What proactive measures is Facebook taking to ensure that users in private groups are not able to skirt Facebook’s ban on gun sales, including by referring potential buyers to apps such as WhatsApp, Snapchat, Wickr, or any alternative communication platform?

5. What policies does Facebook have in place to alert law enforcement to instances of gun trafficking on its platforms? Specifically, in those states where peer-to-peer sales without a federal firearm licensor are illegal, does Facebook refer such attempted sales to state and local law enforcement?

6. Facebook claims that over 93% of the firearm sales content removed from its platform is done proactively.  Thus Facebook relies on user reports to make up the difference. How does Facebook expect users to report on violations within private groups?

Thank you in advance for your attention to this matter.