Booker Takes Aim at Trump's Trade Deal With China: His Score Card Is 'Not Looking So Good' 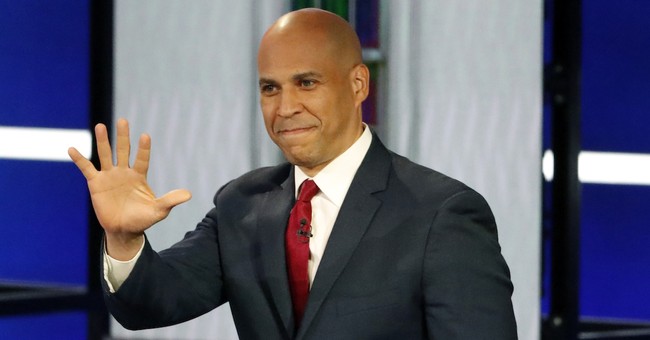 "On the issue of China, Sen. Booker, China is now using force against demonstrators in Hong Kong, where millions have taken to the streets advocating for democratic reforms. Many of the demonstrators are asking the United States for help. If you were president, would the U.S. help their movement and how?" moderator Rachel Maddow asked.

According to Booker, President Donald Trump wants to go to a "trade war" with China "by pulling away from our allies and, in fact, attacking them as well."

"At the very time that China is breaking international rules, is practicing unfair practices, stealing technology, forcing technology transfer and violating human rights, and is pulling away from critical allies. We would need to show strength against China," Booker explained. "There's a larger battle going on on planet earth right now, between totalitarian, dictatorial countries and free democracies."

The New Jersey senator said China is "shifting more towards an authoritarian government" under President Trump. He said Trump has dealt with China in a "transactional way" when it should be "led by American values."

Under Trump's leadership, China has agreed to pay between $40 and $50 billion in U.S. agricultural products, which is considered "phase one" of an international trade deal. And a Harvard CAPS/Harris Poll back in September found that 67 percent of voters agree it is “necessary to confront China over its trade practices.”