What Exactly Does the Impeachment Process Entail? 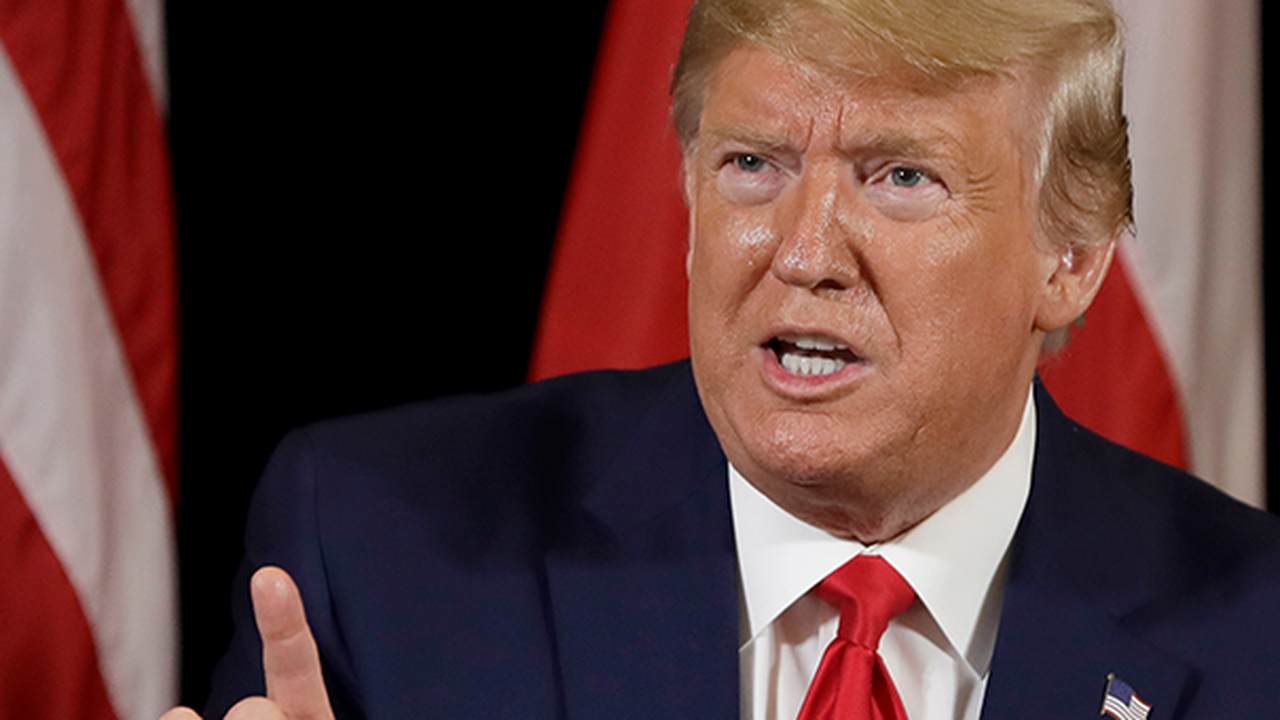 Ever since President Donald Trump took office in 2017, Democrats have talked about impeaching the president as a way of undoing the 2016 election. They have cited numerous reasons for wanting to formally remove Trump from office, but there are numerous rules surrounding impeachment proceedings.

How Does the Constitution Define Impeachment Proceedings?

Impeachment proceedings are established in numerous articles and sections of the Constitution.

The House of Representatives has the sole power of impeachment, as defined by Article I, Section 2, Clause 5 of the Constitution. The House Judiciary Committee holds hearings and if deemed necessary, drafts articles of impeachment. These are the charges being waged against the president. Should the Committee vote to approve the articles, it is then sent to the House floor for a debate and eventually a vote. If a majority of the House votes to impeach the president, the articles of impeachment are sent to the Senate.

In order for the president of the United States to undergo impeachment proceedings, the Supreme Court’s Chief Justice must preside over the case.

According to Article II, Section 4 of the Constitution, “The President, Vice President and all civil Officers of the United States, shall be removed from Office on Impeachment for, and Conviction of, Treason, Bribery, or other high Crimes and Misdemeanors.”

Treason against the United States, shall consist only in levying War against them, or in adhering to their Enemies, giving them Aid and Comfort. No person shall be convicted of Treason unless on the Testimony of two Witnesses to the same overt Act, or on Confession in open Court.

The Constitution doesn’t clearly define bribery, but its definition is fairly established in American law as paying an elected official with money or gifts in order to influence the official’s behavior.

The term “high crimes and misdemeanors” wasn’t clearly defined but was understood by the Constitution’s framers. According to the Constitutional Rights Foundation, the term was a commonly used phrase in the English Parliament to strip officials of their power. Officials who were accused of committing “high crimes and misdemeanors” were accused of various offenses, ranging from misappropriating funds to appointing unqualified subordinates to disobeying orders from Parliament. The one common thread was that the official abused the power of his office and was unfit to serve.

Presidents Andrew Johnson and Bill Clinton are the only two presidents in U.S. history to have been formally impeached, although no president has ever been removed from office.

The House of Representatives voted on 11 articles of impeachment against Johnson, nine of which were related to his removal of Secretary of War Edwin Stanton. Congress passed the Tenure of Office Act, which required Jackson to receive approval for removing officials who had been appointed and approved by the Senate without senatorial approval. The goal was to keep Jackson from interfering with Reconstruction that was taking place in the South following the Civil War. According to Congress, Jackson violated the Tenure of Office Act when he removed Stanton. When the final Senate vote came in, Johnson’s opponents narrowly failed to achieve the two-thirds vote to remove him from office.

President Bill Clinton faced impeachment proceedings for perjury and obstruction of justice relating to an extra-marital affair he had with White House intern Monica Lewinsky over the course of two years. The Senate acquitted Clinton of all charges, and he remained in office.

President Richard Nixon was slapped with a formal impeachment inquiry after it was revealed that members of Nixon’s re-election campaign had broken into the Democratic National Committee headquarters, located in the Watergate complex building, stole top-secret documents and bugged the office’s phones. Nixon offered to pay the burglars to keep quiet.

The burglars returned at a later time to fix broken wiretaps, at which point they were caught red-handed. G. Gordon Liddy, the re-election committee’s finance counsel, who was also the brainchild behind the break-in, began destroying evidence once the burglars were arrested. Members of the White House and Nixon’s re-election team denied any connection to the scandal, but one of the burglar’s real estate firm cashed a check for $25,000 from the campaign.

In addition to the money trail, Nixon launched a plan to have the Central Intelligence Agency (CIA) put an end to the Federal Bureau of Investigation's (FBI) investigation into the break-in, a clear case of obstruction of justice and abuse of power.

Former FBI Deputy Director William Felt, a whistleblower known as “Deep Throat” until his identity was released in 2005, provided details of the scandal to the Washington Post, which made the scandal public. According to the History Channel, White House Counsel John Dean and Attorney General John Mitchell approved a smaller-scale version of the DNC break-in.

Nixon resigned after the House Judiciary Committee voted to impeach him for obstruction of justice, abuse of power and criminal cover-up.

They hired Special Counsel Robert Mueller to investigate. When Mueller concluded his investigation, he handed the information over to Attorney General William Barr, who then wrote a four-page summary to Congress, detailing that no collusion took place.

Naturally, Democrats were unhappy with the summary and wanted to read the full, unredacted version of Mueller’s report, despite the fact that sensitive information was included in it. Democrats from multiple Committees demanded Barr release the full Mueller report, claiming Barr was covering for Trump.

The House voted 420-0 to have the full report released. A month later, a 400-page report, with slight redactions, was released. The report detailed what Mueller found, that no collusion took place.

Democrats were upset by the news. Intelligence Committee Chairman Adam Schiff (D-CA) promised Americans that we would finally see the smoking gun that was supposedly laying right before our very eyes. He pushed the narrative so much that nine Republicans actually wanted Schiff to resign from the Intelligence Committee.

Instead of accepting the fact that no collusion took place, Democrats doubled down, calling on Mueller to testify before Congress. Mueller made it clear that his report speaks for itself. Even though Mueller didn’t want to testify before Congress, he eventually agreed to do so. And, during his testimony, the same points were reiterated: the Trump campaign did not collude with Russia.

When Democrats didn’t get their way and the very guy they chose, Robert Mueller, failed to deliver the outcome they wanted – that Trump colluded with Russia to beat Hillary Clinton – they looked for their next scandal. This time, it came in the form of a call between Ukrainian President Volodymyr Zelensky and President Donald Trump.

An anonymous whistleblower stepped forward, claiming Trump threatened to withhold military aid from Ukraine unless Zelensky investigated former Vice President Joe Biden and his son, Hunter, for corruption. At the time, Hunter Biden was being paid $50,000 a month to sit on the board of Burisma, a Ukrainian gas company, even though he had no natural energy experience. Vice President Biden was also handling international relations with Ukraine on behalf of the Obama administration, a clear conflict of interest.

Here’s the catch about the whistleblower’s complaint: The whistleblower received the information second and third-hand. The person wasn’t even on the call, and it turned out he was a registered Democrat who had worked for Biden and had a clear “political bias” against Trump.

President Trump announced his plans to release the full transcript of the call. Instead of waiting to see what the transcript revealed, House Speaker Nancy Pelosi announced an impeachment inquiry was being launched over the call the night before it was released.

The next day, Trump released the full transcript, which showed he merely suggested Zelensky investigate the Bidens for corruption. There were no details about specifics, and there was no mention of withholding military funds.

A second whistleblower, with more direct knowledge of the call, stepped forward after the transcript was released and contemplated filing a formal complaint. Intelligence Community Inspector General Michael Atkinson interviewed the second person, who corroborated the first whistleblower’s allegations.

We eventually learned a National Security Council staffer discussed the call with people outside the council, which is how the first whistleblower came about.

The Democrats released their impeachment resolution, which officially gives Intelligence Committee Chairman Adam Schiff the power to call hearings. Republicans have the opportunity to call witnesses and issue subpoenas, although Democrats can veto those requests. The House of Representatives adopted the impeachment resolution with a vote of 232-196. The vote was primarily along party lines, with the exception of Democratic Reps. Collin Peterson (MN) and Jeff Van Drew (NJ) who voted "no."

Share this on Facebook
Tweet
Psaki Cornered: If Vaccines Work, Why Are Masks Needed?
Katie Pavlich
Andrew Cuomo Declares War on New York's Attorney General
Matt Vespa
Good News: The 'Delta' Surge Appears to be Waning in the UK -- is America Next?