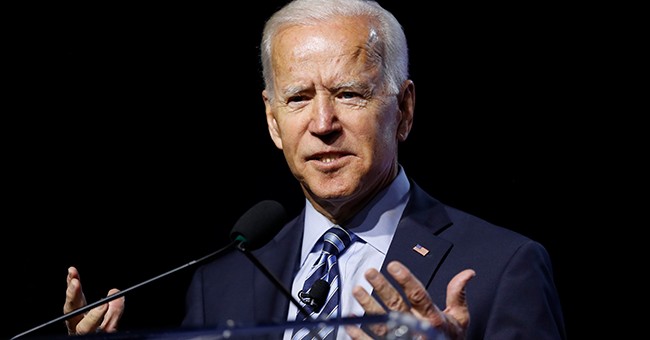 Republican National Committee Chairwoman Ronna McDaniel on Tuesday called on former Vice President to release transcripts of his calls with Ukrainian and Chinese leaders. Biden is accused of pulling strings for his son, Hunter, to benefit a Ukrainian oil company whose board he sat on.

"First it was the Russia hoax. Now it’s the Ukraine hoax," McDaniel said in as statement. "Once again, Joe Biden has shown he is just as extreme as the rest of the 2020 Democrats who are desperate to bring President Trump down. Instead of backing a baseless impeachment effort, Biden should be answering for the only scandal that exists: Why a corrupt Ukrainian company paid his son $50,000 a month to lobby the Obama-Biden administration, and why Biden threatened the Ukrainians if they failed to fire a prosecutor investigating the company."

President Donald Trump announced on Tuesday that he plans to release a full, unredacted, unclassified transcript of his call with Zelensky. Now, the RNC expects Biden to do the same.

"Now that the President has authorized the release of the transcript of his call with President Zelensky, we call on Biden to release the transcripts of his calls as Vice President with Ukrainian and Chinese leaders while his son was conducting shady business deals in those countries."

Although Trump agreed to release the transcript, he did express concerns about the precedent it would set. In the future, he could be expected to release transcripts of conversations with other foreign leaders.