National Intelligence Director Dan Coats Is Out, John Ratcliffe Is In 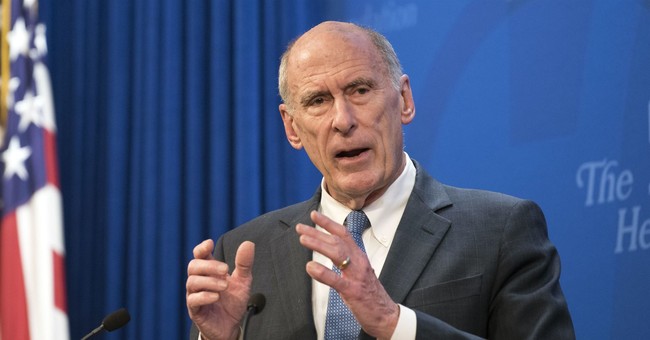 An acting director is expected to be named soon as the transition moves forward.

I am pleased to announce that highly respected Congressman John Ratcliffe of Texas will be nominated by me to be the Director of National Intelligence. A former U.S. Attorney, John will lead and inspire greatness for the Country he loves. Dan Coats, the current Director, will....

....be leaving office on August 15th. I would like to thank Dan for his great service to our Country. The Acting Director will be named shortly.

Ratcliffee made waves last week when he ripped into Special Counsel Robert Mueller for making up a standard of guilt only applicable to President Trump.

"Now your report, and today you said that, 'All times the Special Counsel team operated under, was guided by, and followed Justice Department policies and principles,' so which DOJ policy or principle sets forth a legal standard that an investigated person is not exonerated if their innocence from criminal conduct is not conclusively determined?" Ratcliffe asked.

"Which DOJ policy or principle sets forth a legal standard that an investigated person is not exonerated if their innocence from criminal conduct is not conclusively determined? Where does that language come from, director?" Ratcliffe asked. "Where is the DOJ policy that says that? Let me make it easier, can you give me an example other than Donald Trump where the Justice Department determined that an investigated person was not exonerated because their innocence was not conclusively determined?"