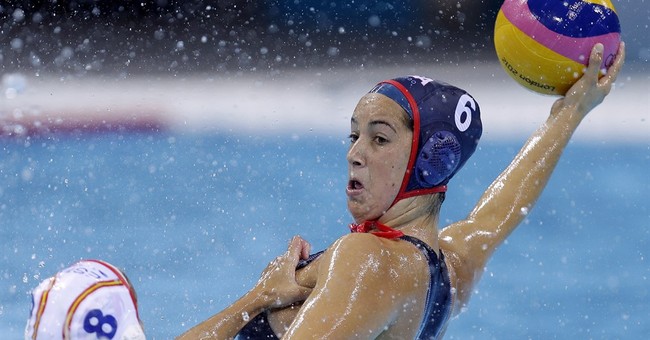 A tragic event took place Friday night when a balcony collapsed at a nightclub hosting U.S. athletes in Gwangju, South Korea. Members of USA Water Polo team were on the balcony celebrating their win against Spain when it collapsed.

"This is an awful tragedy," Christopher Ramsey, CEO of USA Water Polo, said in a statement. "Players from our men's and women's teams were celebrating the women's world championship victory when the collapse occurred at a public club. Our hearts go out to the victims of the crash and their families."

According to the USA Water Polo team's Twitter account, all American athletes are safe and accounted for.

USAWP Statement: An incident occurred in Gwangju, South Korea in which USA Water Polo Senior National Team athletes were present. All USA Water Polo athletes are safe and accounted for. Our thoughts are with all those involved.

“We were just dancing and then the next minute we dropped five to six metres and everyone started rushing out of the club after that,” Small told New Zealand radio.

According to NBC News, various members of the USA team were injured during the ordeal.

Men's team members Johnny Hooper, from Los Angeles, needed stitches for a cut on his left hand, and Ben Hallock, of Westlake Village, California, suffered minor scrapes to his legs.

The Gwangju police questioned the bar's owners about an "illegal expansion and renovation at the nightclub, and the legality of its licensing process," The Guardian reported.