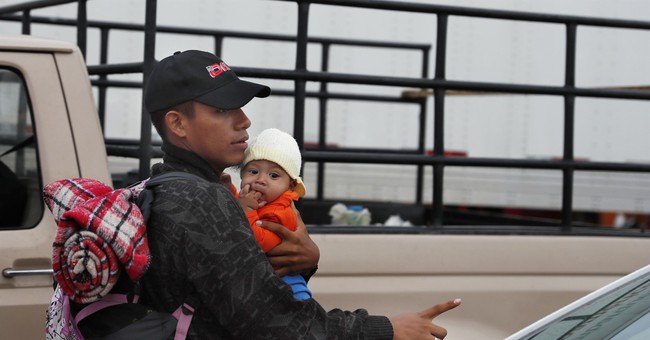 The United Nation's Children's Fund's (UNICEF) Executive Director, Henrietta Fore, on Wednesday released a statement condemning the detention facilities at the southern border, saying it's "hard to fathom" how the children are being treated.

I am deeply concerned for the wellbeing of migrant children at the U.S.-Mexico border. Having already faced perilous journeys, some children are now being sheltered at facilities that are not equipped to meet the needs of this vulnerable population.

Recent reports coming from some of these facilities are grim. Children should not be in unsafe environments that can cause toxic stress and irreparable harm to their health and development. This is a dire situation requiring urgent action and funding to provide children and families with essential services and support.

It’s hard to fathom this happening in a country with such a rich history as a champion for children in need around the world, particularly for those uprooted from their homes and communities by crisis. By any measure, these ARE children in need – I have met them.

This past week, I visited with children and families from northern Central America at a migrant shelter in Tijuana, Mexico. None wanted to leave their countries, but all felt they had no choice because of the threat of gang violence or oppressive poverty.

Some children had already been traumatized by experiences in their countries of origin or along the migration route.

The heart-rending photo published just yesterday showing the lifeless bodies of Salvadoran toddler Valeria and her father Oscar on the bank of the Rio Grande is a stark reminder of the perils facing migrants trying to reach the U.S. It is a searing image that should shake each of us to our core.

UNICEF is already working to expand access to protection, education and other services for migrant children wherever they may be in the region.

But countries of origin, transit and destination must also act and implement a coordinated approach to ensure the rights, protection, wellbeing and dignity of migrant and refugee children.

No one country can do it alone. Addressing the root causes of forced migration and the needs of uprooted children require serious commitment, resolve and resources.

This is the photo Fore is referencing:

Such a horrifying, profoundly sad image, capturing the human suffering that routinely gets lost in these policy debates. Images can have such a stronger impact than words. Perhaps this one will too. https://t.co/uAOe037wkX

Congress has struggled to deal with appropriating additional funding for the Department of Homeland Security, Immigration and Customs Enforcement and Border Patrol. Democrats in the House passed a bill on Tuesday, which would allocate $4.6 billion in additional funds for "humanitarian aid." They refused to provide President Trump with funding for the border wall. The Senate is expected to pass their own bill soon, although it's expected to look vastly different.