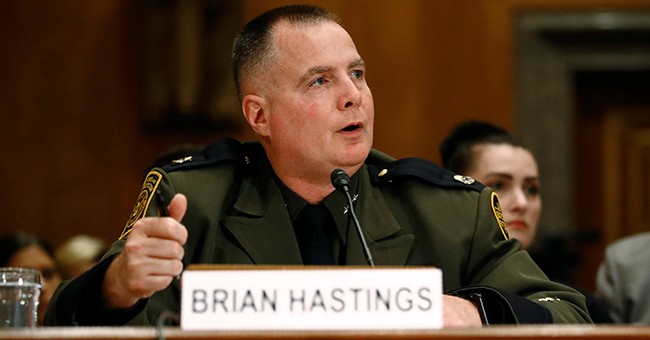 Over the last few weeks, we've heard Democrats talk about the conditions at Border Patrol detention facilities. There have been reports that detainees don't have access to basic necessities, like toothbrushes and bars of soap.

The Chief of the Border Patrol’s law enforcement operation, Brian Hastings, on Wednesday testified in front of the Senate Homeland Security Committee. During his testimony he said detainees do have access to the basic necessities Border Patrol is being accused of not providing.

He also said facilities storeroom, where "consumables," like blankets, soap and other basic necessities are stored, “frankly looks like Costco."

Sen. Maggie Hassan pressed Hastings on whether or not Border Patrol agents are feeding detainees.

“We provide three hot meals a day and snacks are unlimited,” Hastings said.

Hassan said news reports and lawyers visiting the detention facilities have said otherwise. According to Hastings, lawyers have a vested interest to say that because their clients are suing the federal government.

“I have seen agents on their own go out and purchase toys and bring in for the children to play with," Hastings said, according to Bloomberg.

Sen. Maggie Hassan: "Does CBP have an obligation to provide toothpaste and soap to children in your custody, yes or no?"

The House on Tuesday passed a $4.6 billion bill to address the immigration crisis. The focus of their funding, however, is on humanitarian aid and provides no funding for the border wall.