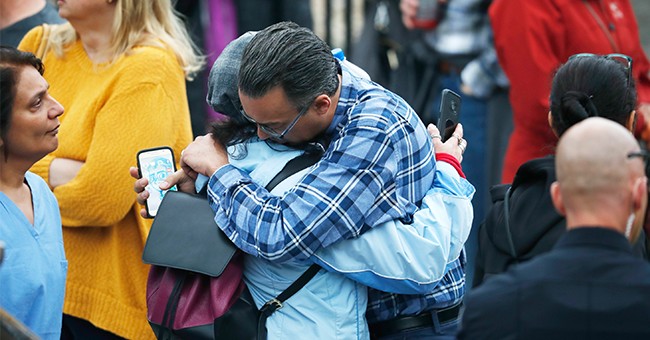 Five months ago, a parent called Douglas County School Board of Education Director Wendy Vogel.to express concerns about problems at the STEM School in Highlands Ranch, Colorado. Specifically, the anonymous parent expressed concerns about bullying and violence. The parent feared the school could become the next Columbine because of allegations of violence, sexual assault and bullying on campus.

Daniel Winsor, a district official, wrote a letter on Dec. 19, urging STEM School Executive Director Penelope Eucker to investigate the concerns to determine “their legitimacy, and to take any remedial action that may be appropriate," KUSA-TV reported.

The letter referenced the parents concerns, saying "many students are suicidal and violent in school. Several students have reported sexual assault in school and that nothing is being done."

"The concerns expressed by this individual are very serious and need to be looked into to the extent possible. Please keep (the district) apprised of your investigation and conclusions," Winsor said, CNN reported.

Eucker said the school investigated but found no evidence to support the complaints.

“While STEM took the allegations seriously, our investigation revealed no evidence to support any of the allegations raised in the anonymous complaint,” Eucker said in a statement to the Colorado Sun.

“At STEM School Highlands Ranch, our priority is the safety and well-being of our students, staff and the STEM community," Eucker said. "We investigate every complaint and concern, regardless of the source. This includes threats, bullying, allegations of criminal behavior and/or mental health concerns.”

Back in January, Eucker filed a defamation lawsuit against the parent, saying the claims were "baseless" and defamed Eucker and the school.

The Douglas County Sheriffs' Department still has an open investigation into the anonymous complaint.

If there's one thing we've learned about mass shooters: there are always warning signs. There are always things that people thought were odd. Most of the time though, people don't speak up because they're afraid they're going to seem paranoid. This parent did the right thing. This parent reported suspicious activity to the school district and expected something authorities to act on the concern.

The school says they investigated and found nothing, but is that really the case? As more details come out about the shooter, we're likely to know more. As of now, we know that the two shooters were liberal, anti-Trumpsters based on their social media posts. Only time will tell what else we're likely to learn.