Kamala Harris: I'm Suddenly A Gun Owner Despite My Previous Assaults On The Second Amendment 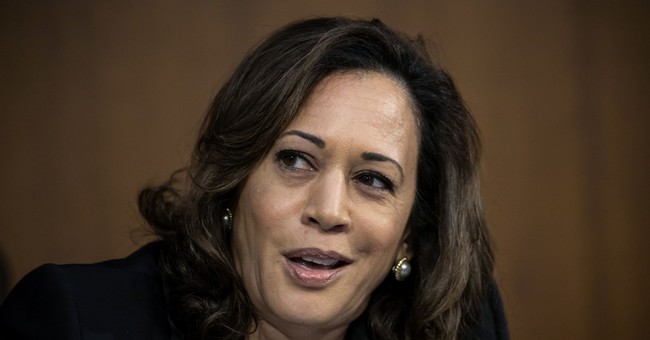 Sen. Kamala Harris (D-CA) has been an outspoken proponent of gun control for years. She's continually reiterated her position on modern sporting rifles – or what anti-gunners like to refer to as "assault weapons" – and her desire for an Assault Weapons Ban. In fact, she even made pushing an Assault Weapons Ban one of her top two legislative priorities.

"There is no reason that in a society we have assault weapons around communities that can kill babies and police officers," Harris said during her CNN town hall with Jake Tapper. "Something like universal background checks. It makes perfect sense that you might want to know before someone can buy a weapon that can kill another human being. You might want to know, have they been convicted of a felony where they committed violence? That's just reasonable."

Now, in typical progressive fashion, Harris is attempting to relate to flyover nation. She's suddenly a gun owner, a line liberals use before calling for some sort of gun control legislation.

"I'm a gun owner but...no one needs more than five or six bullets in their gun."

"I'm a gun owner but..." is how it always begins. They preface whatever they're wanting to ban by saying "I'm a gun owner" because they somehow think that'll lessen the blow to gun rights activists. They seem to think that somehow gun owners are dumb enough to believe their statement.

Harris proved that theory right again during an event last week in Iowa.

"i'm a gun owner. I own a gun for probably the same reason a lot of people do, for personal safety. I'm a former prosecutor," Harris told reporters with an uncomfortable laugh. "In terms of gun policy though, I think that for too long, and still today, we are being offered a false choice, which suggests you’re either in favor of the Second Amendment or you want to take everyone’s guns away. It's a false choice."

"I believe it's a false choice born out of a lack of courage from leaders who must recognize and agree that there are some practical solutions to what is a clear problem in our country," Harris said. "And part of the practical solution is to agree that we need smart gun safety laws, which include universal background checks, which include the renewal of the Assault Weapons Ban. Period."

.@KamalaHarris on gun policy: “I am a gun owner ... We are being offered a false choice, which suggests you’re either in favor of the 2nd Amendment or you want to take everyone’s guns away.” #IACaucus pic.twitter.com/qAmPpTRHY7

1) Universal background checks sound great on paper but are horrible in practice. Democrats want to expand background checks for every single transaction, including private party transfers (PTTs), like what would take place between family members and friends. But here's a fact they can't seem to wrap their head around: The National Instant Criminal Background Check System, commonly referred to as NICS, isn't a complete system. Only 38 states provide their criminal convictions and even then, they're not providing 100 percent of those convictions. They're only providing 80 percent. So how would expanding a flawed system prevent any kind of  mass shooting? They might want to consider making the system hole, through Fix NICS, before they consider any kind of background check expansion.

2) Plenty of mass shooters obtained their firearms legally. They had no previous criminal history. If they don't have a criminal history and they passed a background check, how would expanding said system have changed it? Oh. Right. It wouldn't.