Dems: Prohibited Possessors Should Be Prosecuted for Trying to Buy Firearms, Unless... 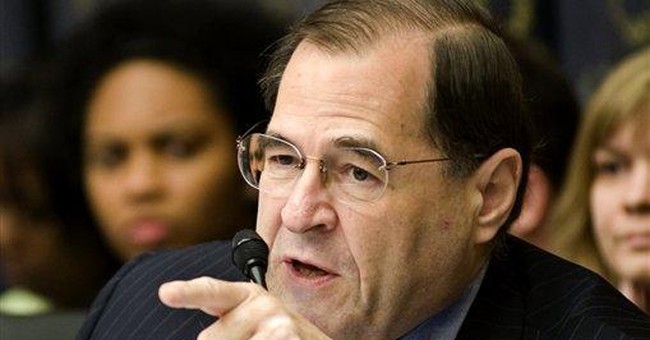 The House Judiciary Committee on Wednesday held a "markup session" for HR 8, the Democratic-sponsored gun control legislation that is currently being considered. The primary focus of the bill is passing universal background checks.

During the hearing, Rep. Greg Steube (R-FL) introduced a simple amendment to the bill that would require Federal Firearms Licensees (FFLs) to report anyone who fails a background check to law enforcement agencies. Steube literally used the same language from a bill introduced by Rep. David Cicilline (D-RI) and sponsored by Rep. Jerrold Nadler (D-NY) during the last Congress.

Democrats eventually voted down the amendment, and Chairman Nadler said he'd have to do a "hard look" at the amendment before they would considered adopting it.

During the hearing, Steube brought up a great point: what changed over the last year that would suddenly make the Democrats reject the very amendment they wanted themselves?

Today I filed an amendment that requires anyone who fails a background check to be reported to law enforcement. Dems voted against it. This gun control bill isn’t about public safety. It’s about taking away the rights of law-abiding citizens.

The only thing that has significantly changed over the last year is the heated debate over illegal immigration and how to secure America's borders.

Democrats in the Judiciary Committee just voted against notifying ICE when an illegal alien fails a background check to buy a gun. They hate ICE so much that they'd keep ICE in the dark when illegals try to get guns! pic.twitter.com/WIkUDsW6FJ

The issue of illegal aliens obtaining firearms came up during the debate. Rep. Ken Buck (R-CO) slammed Democrats for failing to secure the border and not wanting FFLs to contact Immigration and Customs Enforcement (ICE) when an illegal alien attempts to purchase a firearm.

This is one of the most interesting debates that had come out of HR 8, the gun control bill before the House Judiciary Committee. pic.twitter.com/rDZv0g5uWU

.@RepKenBuck brings up great points. If Dems want to keep guns out of criminals hands, then that MUST include illegal aliens (because crossing the borders is AGAINST THE LAW). pic.twitter.com/g4cNbtOXyT

Democrats, you can't have it both ways. You can't say you want to keep prohibited possessors from obtaining firearms, then pick and choose who can illegally obtain a gun.

A person who enters this country illegally has broken the law. They're not someone who should be in this country, let alone buying firearms here.

Last year alone, we had over 7.8 MILLION illegal aliens attempt to purchase firearms. And those are just the ones that the National Instant Criminal Background Check System (NICS) caught. That number is probably significantly higher.

If gun control advocates truly want to take a stand against gun violence, then they'd prosecute prohibited possessors and turn illegal aliens over to ICE for deportation.

Take your pick, Dems. You either protect your constituents or you protect illegal aliens. But both groups' interests are at odds with one another.