Brace Yourselves: House Democrats Gear Up to Introduce Their First Gun Control Bill of The New Congress 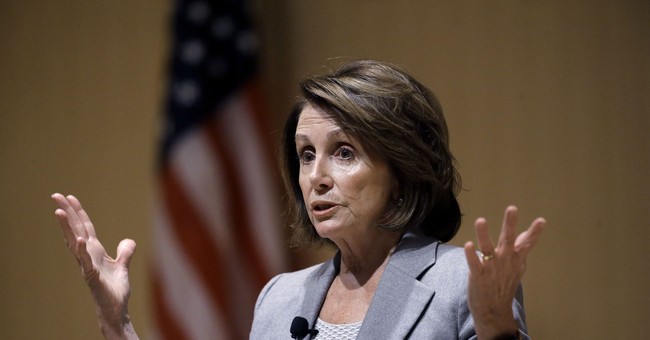 Democrats have wasted little time shaking up Washington, D.C. since they were sworn into office on Thursday. In fact, Democratic leadership in the House is planning to make a big splash on Tuesday, when Speaker Nancy Pelosi and Rep. Mike Thompson introduce legislation requiring universal background checks for firearm purchase. The duo decided to do it on Tuesday, Jan. 8th because it's the eight anniversary of former Rep. Gabby Gifford’s shooting, which took place Jan. 8, 2011. And, to continue with the "eight" theme, the bill is also called House Resolution 8, POLITICO reported.

Giffords has worked with the pair to bring about this piece of legislation.

“Since the shooting at Sandy Hook, the Gun Violence Prevention Task Force has been fighting for a chance to pass legislation that will help save lives,” Thompson told POLITICO. “Finally, with our new majority that ran on helping to prevent gun violence, we will introduce a bipartisan, universal background checks bill. We will hold hearings, we will have a vote, and this legislation will finally pass the House.”

“In communities across America, courageous survivors, families and young advocates are showing outstanding courage and persistence in demanding an end to the horrific scourge of gun violence in our nation,” Pelosi told POLITICO. “It is an honor to join Congressman Mike Thompson and former Congresswoman Gabby Giffords to answer their call by taking the first step to pass commonsense background checks – which 97 percent of the American people support.”

Both Thompson and Giffords took to Twitter to express their eagerness:

For six long years since the shooting at Sandy Hook, Democrats on @HouseGVP have fought to take action to address gun violence. And with our new majority, we will finally take decisive action to help save lives.

I am honored to announce that I will join @SpeakerPelosi and @GabbyGiffords on January 8 to introduce my new, bipartisan universal background checks legislation.

I’m thrilled to join @SpeakerPelosi and @RepThompson next week in Washington to introduce a bipartisan universal background checks bill.

Americans have spoken. It’s time to address our gun violence epidemic, and this new Congress will not sit silent. https://t.co/MQjkhtiuJU

Democrats claim to have bi-partisan support for the bill although it is not yet known which Republicans are joining them. Rep. Peter King (R-NY) has previously said he would support this type of legislation and would even be an original co-sponsor.

Although the text of the bill has yet to be released, we know a few things about "universal background checks" and what gun control advocates are proposing. They want someone to undergo a background check every time a new firearm is purchased or transferred. They claim that there will be some exceptions made for people who borrow guns when hunting and transferring between family members, but again, we don't know what the actual language is.

Gun grabbers are quick to say expanding background checks will help limit the number of prohibited possessors who get their hands on a firearm. The problem with that logic? They're assuming that the National Instant Criminal Background Check System, commonly referred to as NICS, is a wholesome system. In fact, the Violence Prevention Research Program (VPRP) at UC Davis and the Johns Hopkins Bloomberg School of Public Health conducted a study and found that the NICS system is severely flawed. The reason for that is simple: 38 states submit less than 80 percent of their felony convictions and more than 7 million convictions are being excluded from the system.

Without changing reporting requirements and making sure every conviction from every state is in NICS, expanding background checks is not only a waste of Congress' time, it's a waste of taxpayer funds.

"Efforts would be better spent in the pursuit of enforcing existing laws and incentivizing states to submit all disqualifying adjudicated mental health and criminal records to the FBI’s National Instant Criminal Background Check System. Without submission of all records, the background check system will never work as intended. We still have states that aren’t submitting all records," National Shooting Sports Foundation Public Affairs Manager Mark Oliva told Townhall.

"The recent criminal uses of firearms demonstrated there were opportunities for authorities to intervene, if records had been properly submitted. Additionally, most crimes committed with firearms are found to have gotten those firearms through theft and the black market," Olivia explained.

"Giffords' shooter passed a background check. The Sandy Hook murderer killed his mother and stole her guns. And, in fact, every tragedy which is supposedly animating this gun control proposal involved circumstances which would make the background checks irrelevant," GOA's Legislative Counsel, Michael Hammond, told Townhall. "Sadly, like a dog returning to its own vomit, gun control nuts return to the same useless bromides time and again, oblivious to their efficacy.”