Gavin to the Rescue! CA's New Gov. Plans to Make an Impact on the Federal Government Shutdown 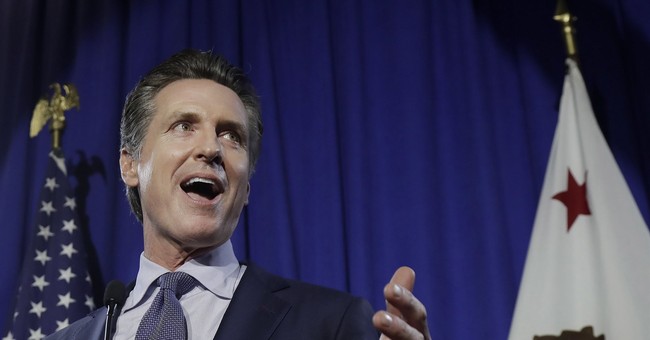 Newsom made the promise as he unveiled the state's $209 billion budget. Although he had no idea what kind of cost the state would endure, he said it was important to get families through rough financial times while they're furloughed and waiting for paychecks.

The governor has one other major concern: how California's economy will hold up while President Trump and the Democrats in Washington battle over the proposed border wall.

“I’m very worried about it [the shutdown]. I have my staff tasked with what other appropriations can we make. Can we make loans to TSA...to subsidize their salaries? I’m exploring every option," the governor said.

Newsom said “we would make sure that we would address the issues” surrounding the potential for federal employees to be paid benefits twice. “This is a fluid thing."

But if the shutdown continues to last into weeks, the state will be forced to look into other alternative options for helping out furloughed federal employees.

Thursday marked the 20th day the government has been shutdown, which began back in December, before Christmas. Democrats have continually blocked President Donald Trump's request for $5 billion in funding for border security, which includes building a wall along the border.