ICYMI: Feds Want to Keep Any Mention of 'Fast And Furious' Out of El Chapo's Drug Trafficking Trial 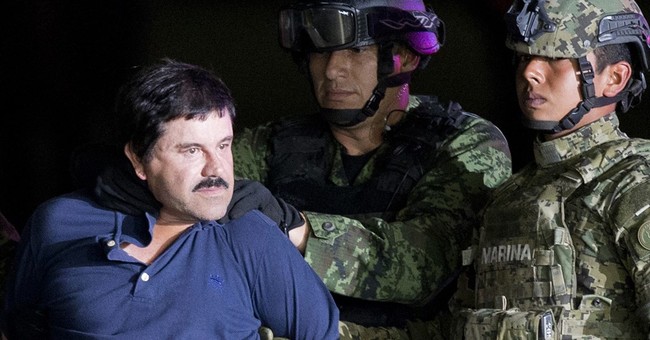 One of the most disgusting things to come out of the Obama administration was "Operation Fast and Furious," where members of the Department of Alcohol, Tobacco, Firearms and Explosives (ATF) allowed illegal gun sales to go through – commonly referred to as "gun walking" – in order to track buyers and sellers they believed were connected to the Mexican drug cartels. Nearly 2,000 firearms were sold and were eventually found throughout the United States and Mexico. Two of them were used to kill Border Patrol Agent Brian Terry.

According to the New York Daily News, Brooklyn prosecutors are doing everything in their power to keep any questions relating to "Fast and Furious" from being mentioned during witness testimony. In fact, they're asking a federal judge to block defense attorneys from asking questions relating to the highly-publicized botched campaign.

"The defense strategy is transparent. Given the substantial number of articles that have been written about the Operation, many of which criticize the government’s handling of the movement of weapons from the United States into Mexico, the defense is attempting to use the well-known operation to place the government on trial," United States Attorney Richard Donoghue said in a letter to the court. "While the government wil lseek to introduce at trial seized weapons that had been identified by ATF agents within the scope of the Operation, any details about the Operation itself are completely irrelevant to the issues at trial under Rule 401 of the Federal Rules of Evidence and should be excluded on those grounds alone."

Judge Brian Cogan has yet to rule on the request.

According to witness testimony from former trafficker Tirso Martinez Sanchez, he ran El Chapo's train operation from 2000 to 2003 and made roughly $20 million. During that time, trains would pull into special warehouses in Mexico. Workers would fill hidden compartments with kilos of cocaine and then add oil to the train to throw off bomb-sniffing dogs at the border. This technique also discouraged border patrol agents from conducting physical searches.

Sanchez estimated that between 30 and 50 tons of cocaine, with a value of upwards of $800 million, was smuggled into the United States. Between seven to eight shipments a day made their way on the train lines to New York City.

The trains would drop off the smuggled drugs at a warehouse in New Jersey. Trucks would then come to transport the drugs to various distribution locations between Queens and Brooklyn.

Various kilo packages were hidden in secret compartments of cars and trucks. They were then distributed at different meetings at fast food locations.

"He testified about three seizures – one at a train warehouse in Queens and one involving two tons of cocaine seized at a Brooklyn warehouse in 2002 – and said the heat they generated made him reconsider his career choice," the Daily News reported. "He was arrested in Mexico in early 2014 and extradited to the U.S. a year later. He pleaded guilty to drug trafficking and distribution and is facing 10 years to life."

Below is the letter full letter Donoghue submitted to the court: