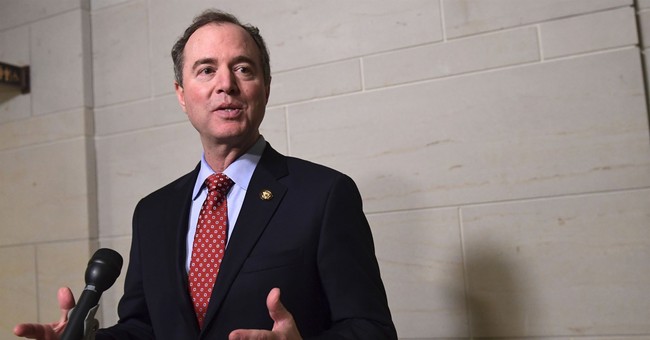 Schiff took his predictions a step further and said not only does he believe Trump would be indicted but he also said the next sitting president would have to decide whether or not to pardon Trump.

"We have been discussing the issue of pardons the president may offer to people or dangle in front of people," Schiff said. "The bigger pardon question may come down the road, as the next president has to determine whether to pardon Donald Trump."

.@AdamSchiff on the Russia Investigation: My takeaway is there's a very real prospect that on the day Donald Trump leaves office the justice department may indict him. That he may be the first president in quite some time to face the real prospect of jail time. pic.twitter.com/3kfwumFkh7

Schiff followed up after the interview, explaining his position and reasoning:

There's a very real prospect that on the day Trump leaves office Justice may choose to indict him, and he will face possible jail time.

If DOJ believes Cohen should go to jail for campaign crimes, shouldn’t the same apply to the man who coordinated and directed that same scheme? https://t.co/oshVSomQQy