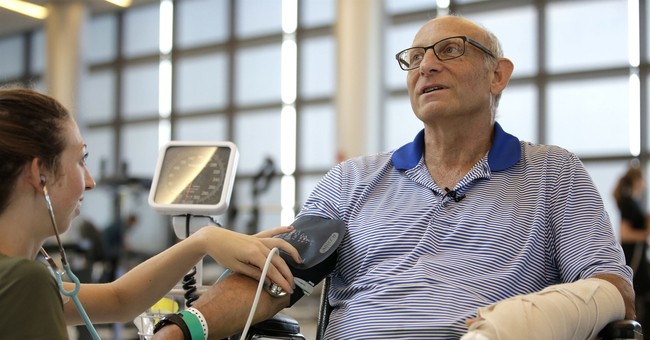 Idaho's Proposition 2 was written with the goal of expanding Medicaid in the Gemstone State. The initiative passed on Nov. 6th with more than 60 percent of Idahoans voting in favor of the expansion. The voter's wishes are now being challenged though.

“The lawsuit has nothing to do with the merits of Prop 2,” Regan told the Coeur d'Alene Press. “It simply asks the Supreme Court to determine if Proposition 2 comports with the Idaho Constitution. Proposition 2 is vague and poorly written. Idaho law provides that any elector can ask the Supreme Court to determine the constitutionality of an initiative. Through the initiative process, the citizens have the same ability as the legislature to create law, including the ability to create unconstitutional law, and to have the Supreme Court of Idaho potentially strike down that law.”

One of Regan's main points of contention is that Idaho is handing over state power to the federal government and to the state Department of Health and Welfare.

“By expressly bestowing the Department of Health and Welfare with power to ignore ‘any provision of law or federal waiver to the contrary,’ and by delegating authority to the Department of Health and Welfare to take ‘all actions necessary,’ Proposition 2 creates a sweeping and general delegation of legislative power without standards,” Regan's lawyer, Bryan Smith, wrote. Proposition 2 also gives DHW “uncontrolled, unrestricted and unguided discretionary power that exceeds constitutional limits,” and “impermissibly delegates lawmaking authority to the federal government to make future laws governing the issue.”

Specifically, the feds can decide what amount they decide to reimburse the state. The feds could say they'd give one percentage, the state could plan for that but then the fed ends up paying significantly less. That could cause money problems for Idaho.

Luke Mayville, the founder of the progressive group Reclaim Idaho, gathered the signatures for Prop. 2 to end up on the November ballot. Naturally, he disagrees with Regan's assessment of the situation.

“Simply put, Prop 2 does not delegate lawmaking authority to the executive branch. It’s true that Prop 2 delegates implementation authority to the Department of Health and Welfare. This is not authority to make the law, but simply to implement the law," Mayville explained. "This delegation of authority is perfectly legal and constitutionally sound. The language of our initiative regarding this matter is perfectly clear, and it is perfectly aligned with the language that 33 other states have used to enact Medicaid Expansion.”

Mayville said the Idaho legislature has the ability to repeal Prop. 2 should the feds change their funding percentage.

Idaho Freedom Foundation plans to provide the courts with more information on why they believe the initiative is unconstitutional, The Idaho Statesman reported.