Monica Lewinsky: Bill Clinton Wanted Me to Lie Under Oath About Our Affair But... 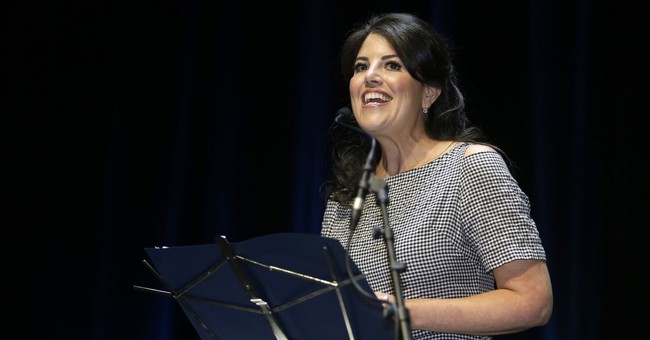 Monica Lewinsky opened up about her affair with President Bill Clinton during a five part series on A&E entitled, "The Clinton Affairs." In the final episode, Lewinsky admitted Clinton wanted her to lie about their relationship under oath if she was called to testify in the Paula Jones case, Fox News reported. Lewinsky said she was uncomfortable doing that.

"I was petrified. I was frantic about my family and this becoming public," Lewinsky tearfully recalled. "Thankfully, Bill helped me lock myself back from that and he said I could probably sign an affidavit to get out of it, and he didn't even know if a 100 percent I would be subpoenaed."

A few days later, Lewinsky was subpoenaed to testify in the Paula Jones case. She decided to talk to Vernon Jordan, an attorney and close friend of Clinton's, about the ordeal. That's when Jordan introduced her to lawyer Frank Carter.

"Frank Carter explained to me if I'd signed an affidavit denying having had an intimate relationship with the president it might mean I wouldn't have to be deposed in the Paula Jones case," she recounted. "I did feel uncomfortable about it but I felt it was the right thing to do, ironically, right? So, the right thing to do, to break the law."

Lewinsky eventually decided to sign the affidavit. What's odd is that her relationship with Clinton continued rather casually. Clinton invited her to a private Christmas gathering.

"This is the first time I met Buddy, the dog, and we kind of all played around with Buddy in the office and then we went into the back study and we had a Christmas kiss," Lewinsky explained. "Over the summer he had gone to Martha's Vineyard and he brought back a bunch of different things. He had this big canvas bag from the Black Dog. This marble bear, sunglasses. It was the most presents he'd given me at one time. He knew the subpoena was gonna ask to produce certain items and yet he was giving me more gifts. He clearly still trusted me."

She ended up giving the gifts to Clinton's secretary so they wouldn't be taken by investigators.