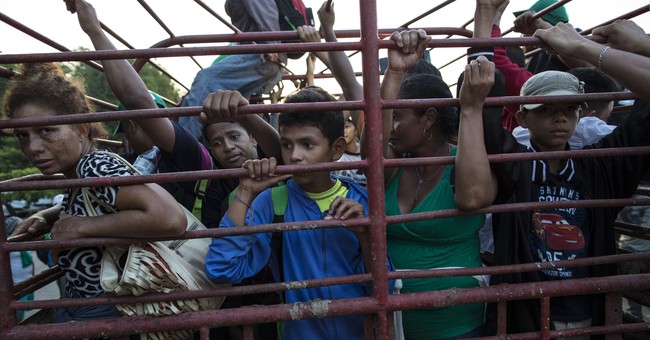 Roughly 80 LGBT caravan riders traveling from Central America to the United States broke away from the main group and headed towards Tijuana separately. When they got to Tijuana, officiants from the Unitarian Universalist delegation on Saturday threw a mass wedding where at least seven LGBT couples wed, The Hill reported. Baja California, where Tijuana is located, is one of a handful of states that recognizes same-sex marriages in Mexico.

“This is really a dream come true, because you don’t see this in our home countries and this is something that we’ve always wanted to do, and today we had the opportunity to do so. I’m very happy,” Guatemalan Pedro Nehemias Pastor said of his marriage to Honduran Erick Alexander.

“This is an act of justice,” Hugo Córdoba, one of the three officiants from a Unitarian Universalist church delegation who married the couples, told NBC News. “The dream of marrying is an illusion for most of them. We are helping them make this a reality.”

The caravan arrived at the United States-Mexico border last weekend. Caravan riders traveled more than 2,000 miles and hope to gain asylum in the United States, despite fierce backlash from the Trump administration.