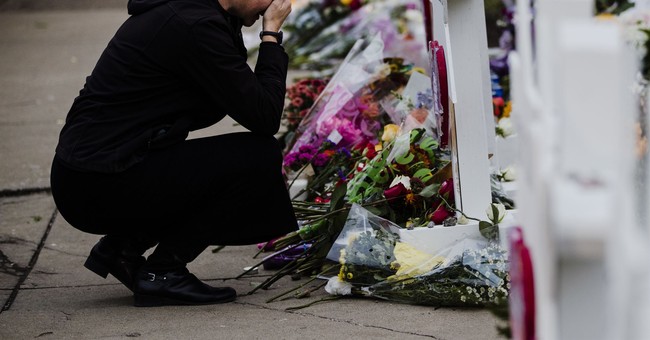 Just one day before the deadly synagogue shooting in Pittsburgh, Pennsylvania, the pro-Second Amendment Jewish organization, Jews for Preservation of Firearms Ownership, tweeted a video from the United States Concealed Carry Association about how to survive a church shooting.

Check it out... USCCA Live Training Broadcast on the horizon... https://t.co/j9RTvwOHyn

"The one place where we feel safe, where it's calm and serene is one place where we're truly in danger: house of worship," Concealed Carry Magazine editor Kevin Michalowski said in the video. "People attack houses of worship with great regularity. And most often, no one knows what to do. No one is prepared."

Michalowski asks the important question: what would you do in case of an emergency in your church or synagogue?

"Think about this for a minute. Most people coming to church are not armed. There's no way to fight back against a violent assault in a church. Does your church or house of worship have a security team?" Michalowski asked.

According to the video, if a person were to come into a church and begin shooting, it's important for everyone to drop to the ground. This lets everyone know who the shooter is and makes it easier to take him or her down with a shot.

Recommended
'This is Not Justice': AOC Streams Her Reaction to Chauvin Verdict
Spencer Brown

JPFO has been a long-time supporter of arming churches. Back in 2001, they addressed the issue of church goers carrying firearms to services, the Daily Caller reported. In fact, back in 2013, a rabbi in Queens began teaching martial arts to church goes as well as using a firearm for self-protection.