Senators to Review FBI's Report on Kavanaugh Under Strict Security 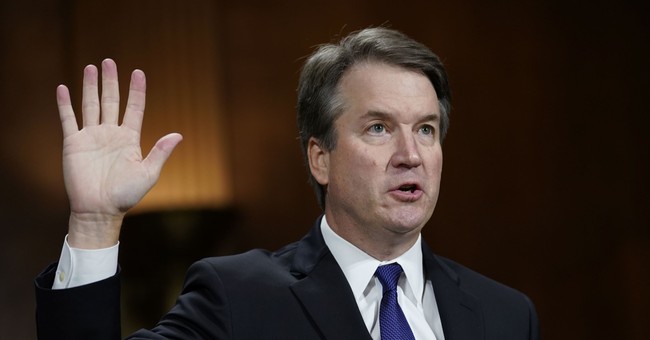 Sen. Majority Leader Mitch McConnell filed a cloture to move the process along. During his remarks on the Senate floor, he said his colleagues would receive the FBI report Wednesday night instead of Thursday.

"This evening, the Senate will receive the results of the FBI’s supplemental background investigation of Judge Brett Kavanaugh," McConnell said on the floor. "This is now the seventh time the FBI has looked into Judge Kavanaugh’s background. And this information comes on top of what has already been one of the most thorough and most exhaustive Senate reviews of any Supreme Court nominee in the entire history of our country."

All 100 members of the United States Senate will be able to view a supplemental FBI background investigation into Judge Brett Kavanaugh on Thursday, The Hill reported.

There's one stipulation though: only one copy of report is being made available to the senators and each party will take turns viewing the document in one-long increments, Democratic Whip Dick Durbin (IL) told The Hill.

“Get this — one copy! For the United States Senate. That’s what we were told. And we were also that we would be given one hour for the Dems, one hour for the Republicans. Alternating," Durbin explained. “We tried to reserve some time to read it. That is ridiculous. One copy?!”

“Bizarre, it doesn’t make any sense,” he added.

According to a Republican aides, alternating a single physical copy of an FBI background report between both political parties is standard practice for judicial nominees.

"It's an audience of three that we have to win over, at least at the moment," Sen. John Thune (R-SD) told Fox News, referring to Flake, Collins and Murkowski.

Senate Majority Leader Mitch McConnell (R-KY) said the report will not be made public and a vote would happen this week, regardless of what the FBI finds.

"[McConnell] said we would vote this week," Senate Majority Whip John Cornyn (R-TX) told reporters, Fox News reported. "I’d take him at his word, but we want to do first things first and read the report."