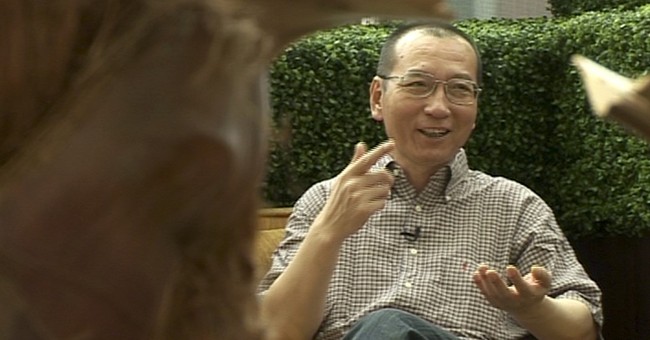 Liu Xiaobo, a Nobel peace prize Laureate and political activist, has died in a Chinese hospital. He was 61 years old.

Dr. Liu was serving an 11-year sentence for coauthoring “Charter 08,” in 2008, which criticized the abusive and oppressive nature of the Communist Party. He was awarded the Nobel peace prize for his authorship, but could not receive it--or the $1.5 million award-- due to his arrest by the People’s Republic of China. In 1989, he supported the Tiananmen Square protests, staging a non-violent hunger protest, and later dedicated his award to the protestors who died there. He was forced to undergo ‘reeducation through labor’ by the PRC in 1996 for his views.

His wife, Liu Xia, was placed under house arrest after he was awarded the Nobel peace prize, unable to make or receive phone calls, had no internet, and was only able to leave weekly for groceries or to see her parents.

Although he was recently “released” from a Chinese prison to be treated for late-stage liver cancer, Dr. Liu was still not free.

Liu and his wife wished to travel to America to spend the remainder of his life here. While Chinese doctors said that he was unable to travel, American and German doctors who saw him said otherwise.

In a speech from the Senate floor yesterday, Sen. Ted Cruz (R-TX) called for Dr. Liu’s release, stating that Xi Jinping was the only man who stood in the way of the couple’s freedom.

“Although no one action can undo the turmoil the Liu’s have suffered over the past 28 years, it is not too late to do the right thing and to allow this man and his wife to spend their last days together according to their wishes,” Sen. Cruz said.

However, Dr. Liu’s wishes were not fulfilled. Friends of the couple expressed rage at the government for its treatment of Liu. “I am furious and lots of people share my feeling,” Tienchi Martin-Liao, a friend, said. “It is not only sadness – it is fury. How can a regime treat a person like Liu Xiaobo like this?”

U.S. lawyer Jared Genser had been fighting for Liu’s release. He said, “Liu’s ideas and his dreams will persist, spread, and will, one day, come to fruition…” He continued that Dr. Liu will “inspire millions” of activists to fight for a democratic China.

Hu Ping, an editor for the Beijing Spring, a journal that supports democracy, said that Dr. Liu is “immortal.”

He said, “Liu Xiaobo is a man of greatness, a saint."