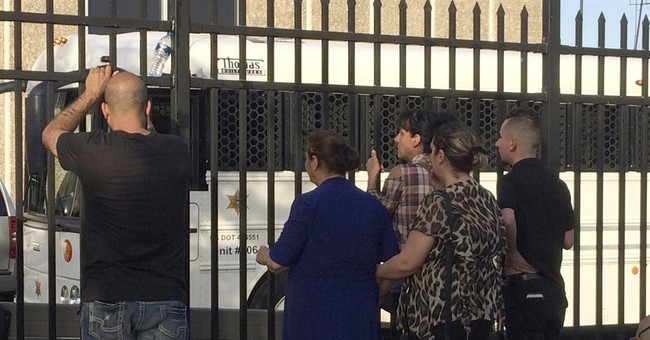 Between 30 and 40 Iraqis were arrested in Detroit last Sunday, both Muslim and Chaldean--Iraqi Catholics--most with criminal records and insufficient documentation, who now face deportation.

An Immigration and Customs Enforcement statement said that Iraq recently agreed to accept nationals "subject to orders of removal" back into the country from the U.S.

“As part of ICE’s efforts to process the backlog of these individuals, the agency recently arrested a number of Iraqi nationals, all of whom had criminal convictions for crimes including homicide, rape, aggravated assault, kidnapping, burglary, drug trafficking, robbery, sex assault, weapons violations and other offenses.

“Each of these individuals received full and fair immigration proceedings, after which a federal immigration judge found them ineligible for any form of relief under U.S. law and ordered them removed.”

Less than a week after the House approved the Iraq and Syria Genocide Emergency Relief and Accountability Act of 2017, the bipartisan bill meant to fund relief programs for religious minorities targeted by ISIS in Iraq and Syria, Iraqi Christians are now facing the prospect of being sent back.

Family members of the detained spoke up about the fate their Christian loved ones will face if returned to Iraq. Jeremiah Suleiman, the nephew of one of the detained men said in a CNN video, “most of them came when they were two years old, with no documents, with no proof. They came as refugees. What are they gonna do in a Muslim country, that if you have a tattoo of a cross you will get crucified?”

Cynthia Barash, daughter of one of the arrested, said, “My dad is Christian and Donald Trump is sending him back to a place that is not safe whatsoever."

Some of the crimes were committed decades ago, as in Moayad Barash's case, when he was caught with marijuana 30 years ago, his daughter says.

We are a nation of values, of second chances. The deportation of masses of people is both disgusting and inhumane. Today @MinorityHF was 1/2
— Mark Arabo (@MarkArabo) June 12, 2017

Mark Arabo, president and founder of the Minority Humanitarian Foundation, said "Some have issues with probation or green cards, but most are here legally." He said that "families are being broken up."

The foundation's mission is to provide safe passage for those trying to leave Iraq and states that the "world must rid both Iraq and Syria of ISIS." According to CNN, the foundation plans to file a federal lawsuit to prevent deportations.