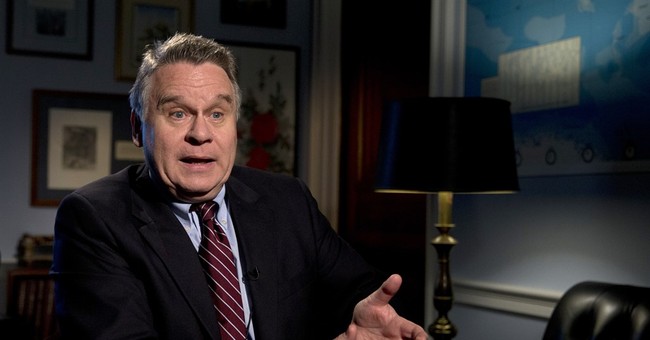 The Iraq and Syria Genocide Emergency Relief and Accountability Act of 2017, a bipartisan bill, was passed in the House of Representatives on Tuesday, June 6.

Congressman Chris Smith (R-NJ), the primary author of the bill and a fierce fighter for Christians facing genocide in Iraq and Syria, has the respective sides of the aisle together to combat the growing genocide; the bill was co-sponsored by 47 representatives, including 41 Republicans and 6 Democrats.  At a 2016 subcommittee, under the House Committee on Foreign Affairs, Rep. Smith addressed the Middle Eastern crisis:

“The world’s greatest humanitarian crisis since World War II is unfolding now in the Middle East...many of the region’s indigenous communities now face extinction...But their fate is not inevitable. The United States can avert this unfolding tragedy,” Rep. Smith said to the subcommittee.

The bill ensures the aid of survivors of genocide committed by ISIS against tens of the thousands of Christians, Yazidis, and Muslim minorities.

Last year, after ISIS’s actions were designated as genocide, Reps. Chris Smith and Anna Eshoo then worked to take action to pass the legislation that not only helps victims, but also works to bring the perpetrators of genocide to justice.

Following the press conference The Catholic Association released three statements by advisors, including the following:

"The Christian and Yazidi survivors of the ongoing genocide in Iraq and Syria have been crying out for help since the Islamic State’s barbarity was unleashed upon them, yet none of the U.S. humanitarian aid has reached them. The House of Representatives unanimously passed the Iraq and Syria Relief and Accountability Act (H.R. 390) and it is vitally important that the Senate quickly pass, and the President sign, this crucial bill to provide assistance to these victims of genocide.  In March of 2016, the Obama Administration formally declared there is a genocide of Christians, Yazidis, and other religious minorities --- and ISIS has described Christians as their “favorite prey.”  This crucial bill would hold perpetrators of violence accountable and partner U.S. aid with organizations like the Knights of Columbus and Aid to the Church in Need, who have been on the ground providing basic sustenance for Christian, Yazidi, and Muslim refugees." - Maureen Ferguson, Senior Policy Advisor with TCA

The legislation will ensure that the entities providing aid will receive the necessary funding.

Previously, the efforts to relieve the suffering of victims of genocide have been funded by private sectors, specifically the Knights of Columbus, who donated $12 million to supplying aid. Congressman Chris Smith said that on visiting an IGP camp, that the consulate had not once visited on the grounds that it was “too dangerous,” he saw children and young families, who were only receiving help from private donations.

Having suffered trauma, loss, and displacement, the Christians and other minorities still want to return to their homelands and live according to the dictates of their faith, but government dollars were previously kept from going to churches that helped them return, which the new legislation allows for.

“It is so essential to work with those who are on the ground that know exactly where the dollars should go,” Eshoo said.

She continued that Congress passed legislation that does not just build on the previous work of private sectors, but adds to humanitarian aid, an action that shows the best of the American identity.

Anderson believes the legislation is necessary to save the communities that are “the patrimony of humanity,” thousands of years old, whose members still pray in the language of Jesus.

“They have every right to survive, and they must survive,” he said.

Haider Elias, President of Yazda--A Global Yazidi Organization, lost his brother and two other family members along with the 6,000 Yazidis murdered by ISIS in 2014. He asked that the Senate would "recognize the urgency and the need for this bill to be passed so these religious minorities can finally witness that justice has been served.”

The representatives behind the legislation pushed the bill swiftly through the House, sending it to the Senate, where it will hopefully mirror the House’s action, putting the legislation on President Trump’s desk as quickly as possible.