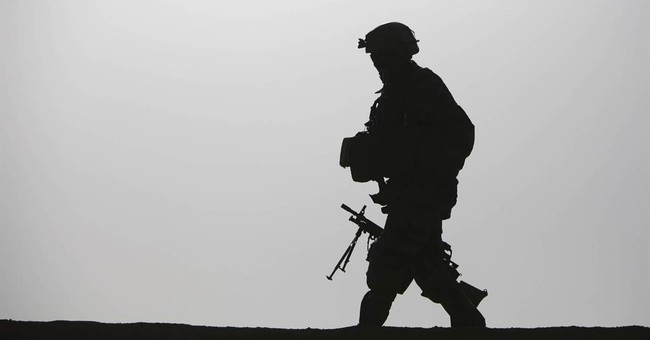 LONDON, United Kingdom - Laws handed down from Brussels “seriously undermine” the UK’s ability to defend itself, according to a former SAS chief. General Sir Micheal Rose made the warning as a group of veterans launched a major new initiative to encourage former military personnel to vote to leave the European Union.

Sir Michael said: "Sovereignty and defense are indivisible. European law, in my view, has already seriously undermined UK's combat effectiveness as a result of the intrusion of European law into national law. And today, our servicemen and women are in danger of becoming no more than civilians in uniform."

He continued: "I believe that the UK's contribution to European defense can manifestly be better made solely through NATO than by trying to spread our limited resources too thinly in order to include European defense and security policy initiatives into UK's defense programme.”

Both Major General Julian Thompson OBE and Lieutenant General Jonathon Riley joined Sir Michael in the new ‘Veterans for Britain’ group. Riley, served as deputy commander of NATO forces in Afghanistan from 2007 to 2009. Thompson fought in the 1982 Falklands War, when Britain saw off an invasion of British territory 3500 miles from the UK.

Riley warned NATO would be undermined by moves towards an EU army. In 2007 the then Prime Minister signed a treaty that made provision for a European Army. Despite this the government claims the army will not be created, leading to suspicions the EU is keeping quiet about the plans until after the referendum.

On the Veterans for Britain website, the group issued the following warning: “The UK Armed Forces perform a distinctive role in underpinning the relationship between the people and UK Head of State and elected government and we are concerned that this role and this relationship would be muddied by the increasing role of the EU of UK life, including its powers in areas of defense.

“The loyalty of serving forces, new recruits and former personnel is towards the Monarch and, via the Monarch, the Nation and the British People."

It continued: “The UK and its Armed Forces would be freer, more effective, more democratic and more able to retain their distinctive capabilities and ethos if they were without the impositions being applied by the EU in defense command, defense structures, operations, procurement, intelligence and the development of new technology.”

Veterans for Britain was denounced by Rob Wainwright, Director of Europol, the EU’s Police Force. He said: "If you put at risk any part of the framework for international police cooperation and intelligence sharing, that Britain currently relies on then there clearly is potential for consequences.”

The referendum is scheduled for June 23rd with the polls too close to call. So far the ‘Remain’ campaign has been confident about winning and has issued dire warnings that leaving the EU might lead to war and financial meltdown.

As previously reported on Townhall, last month President Obama visited the UK to warn Brits the USA would not do a trade deal with the UK if it gains independence. Other politicians including Donald Trump claimed the US would be willing to do a deal.

The tactics of the ‘Remain’ campaign have been branded ‘project fear’.