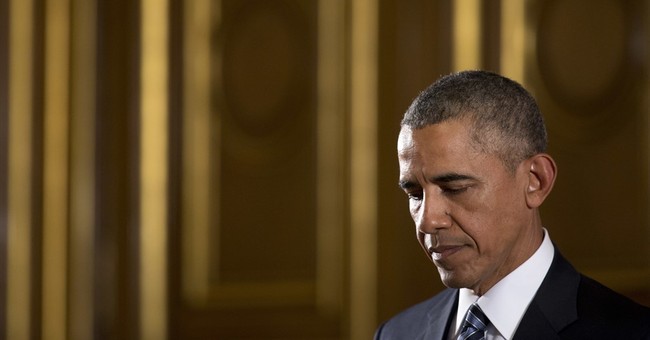 LONDON, United Kingdom - The hashtag #F***OffObama trended on Twitter today after the US President demanded the British vote to stay in the European Union. Mr Obama flew 4000 miles to warn that Britain would face consequences if it votes to leave the EU.

In advance of the presidential visit the former Conservative leader Iain Duncan Smith claimed Obama planned to “bully” voters. He went on to say that the Prime Minister had “begged on bended knee” for the president to come to London and save the ‘remain’ campaign.

Social media users in the UK were outraged that Obama told them the country would be at "the back of the queue" for US investment if it voted to leave the EU. He also suggested that voting to stay in the bloc would "reject pessimism and cynicism."

Raab continued: “'He argued that he thinks it is in America's interests for the UK to stay in the EU but what is good for U.S. politicians is not necessarily good for the British people. We want more international cooperation after we Vote Leave, but the EU is not fit for purpose, and cannot cope with the multiple crises we face like terrorism, Syria and mass migration.

“The US would not dream of opening its border with Mexico, so it is hypocritical for President Obama to insist that we do the same with Europe.”

Former Foreign Secretary, Lord Owen, questioned the decision to schedule a visit so close to an important vote.

Owen said: “There has been a long tradition that U.S. presidential visits to this country do not take place close to general election periods. The reasons for this are obvious and hitherto scrupulously observed by Washington D.C. They also govern Prime Ministers visiting the United States.

“In the autumn of 1978 as Foreign Secretary I mused about possibly inviting President Carter to repeat his very successful 1977 visit to Britain before October 1979. In the event we had an election in May. But I was wisely reminded that there had been some criticism of the only precedent of a visit close to a likely election when President Eisenhower met with Harold Macmillan on a visit to Britain from 27 August - 2 September 1959 with an election being called for 8 October.

“President Carter played these sort of issues by the book and so I quickly shelved the idea. There were correctly no Presidential visits by President Ford surrounding the 1975 referendum on coming out of the Common Market.”

The referendum will be held on June 23, the remain and leave campaigns are neck and neck. The UK considers itself the closest ally of the USA, and many British people are suspicious that Obama wants to remove that status.