Ted Cruz Inspires CPAC with “Bold Agenda” for the Future 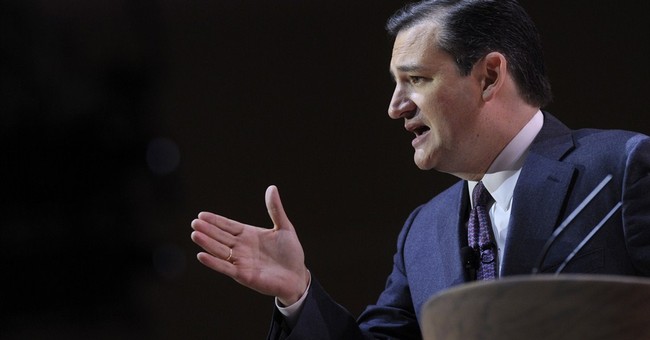 “How do you win elections? You stand for principle.”

Cruz was in his element this morning as he kicked off the 2014 Conservative Political Action Conference (CPAC) in Maryland’s National Harbor. The speech was a mix of old and new; and while the content contained the Senator’s hallmark principles, it was the tone, empowered by his skillful eloquence, that set his words apart.

There was no riling of the troops with a monologue over the evils of Obamacare - Cruz set that wave in motion and others have since taken up the torch. Instead, the audience was inspired by a fresh message calling for positive change through responsibility and courage.

“How do we inspire people? Number one: we tell the truth…The truth is that Washington is corrupt. You are in some of the richest counties in the country. As more and more people make great wealth in Washington, young people, single moms, and small business owners suffer…Real change is changing the corruption here in Washington, D.C.”

The most notable tenant of the Senator’s speech, however, was his appeal to the youth in the audience. He spoke directly to them, saying that young minds must be won in order for the party to achieve success in the future. According to Cruz, the American people want to support what he termed was a “bold, winning agenda” that would turn the country around.

Among the key points included in his agenda were an expansion of an American energy renaissance to increase national security and job creation, supporting school choice, passing a strong, balanced budget, ending corporate welfare, and passing a Constitutional amendment institutionalizing term limits for members of Congress.

Leaders in the Republican Party are certainly working to market a new, positive image that, should it continue to pervade the dialogue, will prove to be stronger than ever in 2014. Watch Cruz’s performance here, and be inspired for yourself.