Here Are The Greatest Threats To The U.S. According to Dems In The First Debate. 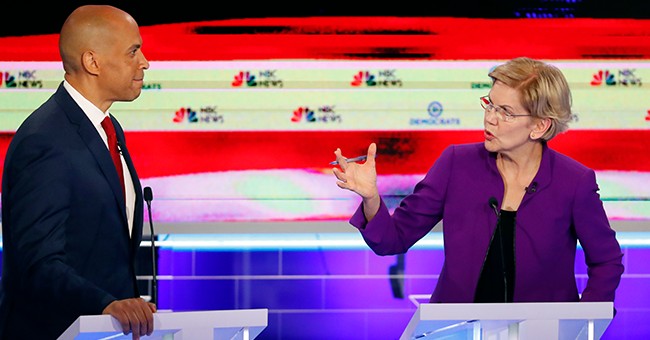 Wednesday night at the first of two Democratic primary debates, moderator Chuck Todd asked for a one-word response from each candidate about what they viewed as the most significant geopolitical threat currently confronting the country.

The majority of responses focused on climate change, China, and nuclear threats.

Maryland Rep. John Delaney kicked things off with a two-part answer in which he drew a distinction between America’s most significant geopolitical challenge and geopolitical threat.

Hawaiian Senator Tulsi Gabbard pointed to the threat of nuclear war. “The greatest threat that we face is that we are at a greater risk of nuclear war today than ever before in history,” she said.

Minnesota Senator Amy Klobuchar gave a two-pronged response. “Two threats: Economic threat China, but our, our major threat right now is what’s going on in the Mid-East with Iran if we don’t get our act together with this President.”

When the question reached former Texas Congressman Beto O’Rourke, he firmly declared climate change as the most urgent threat. “Our existential threat is climate change, we have to confront it before it’s too late,” he said.

The next three candidates all pointed to climate change as well.

“China without a question, they’re wiping us around the world economically,” Ohio Rep. Tim Ryan said.

New York City Mayor Bill de Blasio rounded out the answers with a different take. “Russia, because they’re trying to undermine our democracy and they’ve been doing a pretty damn good job of it and we need to stop ’em.”