Sarah Sanders Will Depart The White House: Here’s What Her Father And Colleagues Had To Say About Her 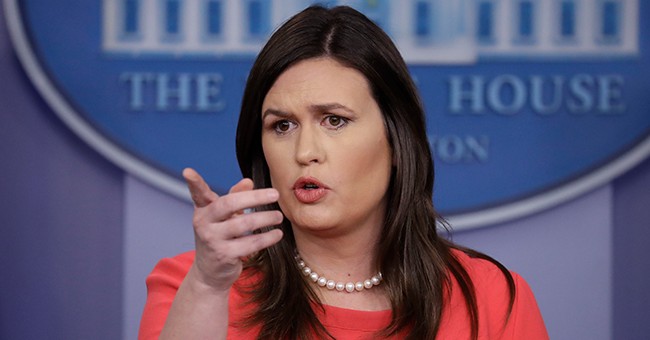 Yesterday President Trump announced the impending departure of Press Secretary Sarah Sanders. She will leave her position at the end of June. The president not only thanked Sanders for her work, but he also suggested that she should run for Arkansas governor:

....She is a very special person with extraordinary talents, who has done an incredible job! I hope she decides to run for Governor of Arkansas - she would be fantastic. Sarah, thank you for a job well done!

Sanders tweeted about her decision, expressing gratitude and noting that her job as a mother is of greater importance than any other job:

I am blessed and forever grateful to @realDonaldTrump for the opportunity to serve and proud of everything he’s accomplished. I love the President and my job. The most important job I’ll ever have is being a mom to my kids and it’s time for us to go home. Thank you Mr. President! https://t.co/wHNnq06AMg

Her father, former Arkansas Gov. Mike Huckabee offered his thanks to President Trump as well:

Just Dad talking-I'm profoundly grateful to @realDonaldTrump for the kind, respectful way he treated @PressSec for over 3 yrs she worked for him. Reason I hold most media in contempt is they don't know or care about truth. Thanks, @POTUS for treating Sarah like the lady she is.

Vice President Mike Pence thanked Sanders, calling her a “patriot” and wishing her family, “all the best in their future endeavors!”:

Wishing nothing but the best for Sarah Sanders as she embarks on her next chapter. It’s been a pleasure working with Sarah - she is a dedicated public servant, committing countless hours and making tangible contributions to the success of our great nation.

One of the best decisions I made was asking @SarahHuckabee to serve as @WhiteHouse principal deputy @PressSec. She is hardworking, loyal, strategic & a true friend through thick & thin. She has been a tireless advocate for @POTUS @realDonaldTrump & this Administration’s policies