Funded from the Cradle: Sen. Booker Wants The Government to Fund Savings Accounts for Children 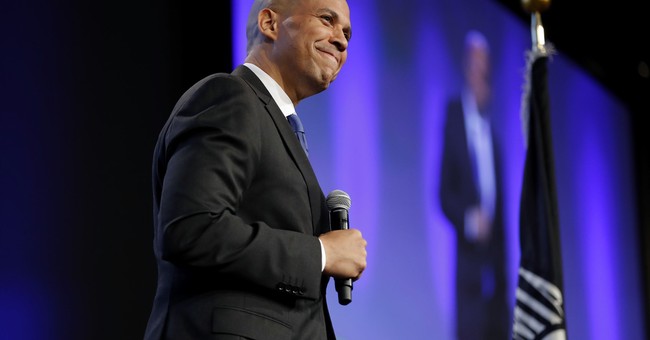 Senator Cory Booker (D-NJ) wants all American children to receive money from the government in a savings account that they can tap once they turn 18. They could then spend the money in certain ways, including education and purchasing a home.

Each child would each get $1,000 upon birth and more money would be deposited each year—children in lower-income families would receive more funds than children in higher-income families. The highest possible amount would be $2,000 per year. A table in his office's press release that displays different yearly contribution amounts tied to family income levels indicates that children in families that surpass a certain income threshold would receive $0 in supplemental payouts each year.

“These funds would sit in a federally insured account managed by the Treasury Department, achieving roughly 3 percent interest,” according to the press release which also states that “The legislation is fully paid for by making common sense reforms to federal estate and inheritance taxes, including by restoring 2009 estate tax law.”

The Hill reported that, “The program would cost roughly $60 billion if implemented in 2019, a Booker aide told The Hill, and would be funded by increasing the capital gains tax rate by 4.2 points, increasing the estate tax to its 2009 level and raising taxes on multimillion-dollar inheritances.”

The press release says, “Wealth is primarily passed down from one generation to the next, and our history and laws deepen rather than shrink wealth inequality. Generations of subsidizing the richest households have entrenched an extraordinary wealth gap, especially by race.”

Sen. Booker stated that, “Everyone in America should have a real shot to succeed, but federal policy over decades and an upside down tax code that heaps benefits on the very rich and big corporations have grown the gap between those who have much and those who have little,” He said that, “Today, nearly one in three American families have zero to negative wealth, and it’s hard to get ahead if you begin life behind the starting line.”

The senator will file The American Opportunity Account Act this November.