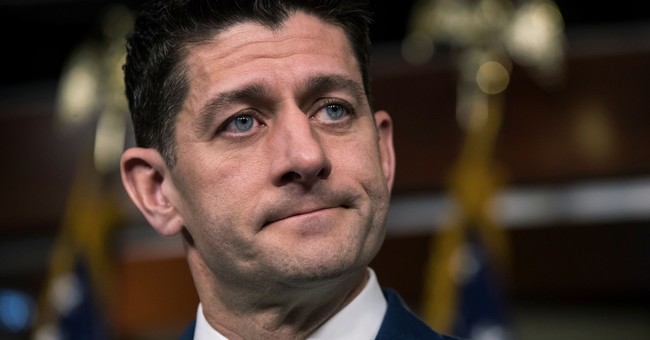 Speaker of the House Paul Ryan (R-WI) revealed on Wednesday that he will not run for reelection, though he said he will serve the remainder of his term.

President Trump praised Paul on Twitter: “Speaker Paul Ryan is a truly good man, and while he will not be seeking re-election, he will leave a legacy of achievement that nobody can question. We are with you Paul!”

Some legislators also offered kind words about the Speaker, including Senator James Lankford (R-OK) who tweeted:

“Paul Ryan is a committed public servant & I’m grateful for his leadership. Sad to see him leave Congress, but I applaud his commitment to his 1st priority, family. We need more leaders like Paul who are loyal spouses & parents, & whose identity isn’t focused on being a politician.”

"The Speaker has been an avid advocate for his point of view and for the people of his district.

Despite our differences, I commend his steadfast commitment to our country. During his final months, Democrats are hopeful that he joins us to work constructively to advance better futures for all Americans.

My colleagues and I wish Paul the best in the next chapter of his career."

Senator Bob Menendez (D-NJ) was not so cordial. He wrote this:

“Recipients of Social Security and Medicare will be the first to organize a retirement party for Paul Ryan,” Senator Menendez tweeted, adding, “Thanks for your service Mr. Speaker, but the American people never supported your far-right agenda to enrich the wealthy at the expense of everyone else.”

“I thank @SpeakerRyan for his service, and I respect that he is prioritizing his family over his political career. Though he announced his retirement today, he still has nine months left with the gavel in his hand. He’s not off the hook.” Yarmuth continued in a second tweet: “It is my hope that @SpeakerRyan’s decision not to pursue reelection will provide him with the courage to stand up to the abnormal actions and erratic behavior of President Trump and his administration.”

Rep. Tim Ryan (D-OH) wrote that “many of the policies” advocated by Speaker Ryan “were deeply harmful to the American people”:

“.@SpeakerRyan is the 43rd Republican to announce their departure from Congress. While I respect his public service, many of the policies he fought to advance were deeply harmful to the American people. Democrats can do better.”

Rep. Norma Torres (D-CA) tweeted the following: “.@SpeakerRyan, thank you for your service. Now would be a good time to do the right thing and bring the #DreamAct to the floor since you don't have to worry about re-election.”

Rep. Dina Titus (D-NV) also mentioned this issue: “I wish Speaker Ryan the best as he retires from Congress. In his final months as the leader of the House Republicans, I hope he takes up commonsense gun violence prevention legislation, brings the DREAM Act to the floor, and holds this Administration accountable.”