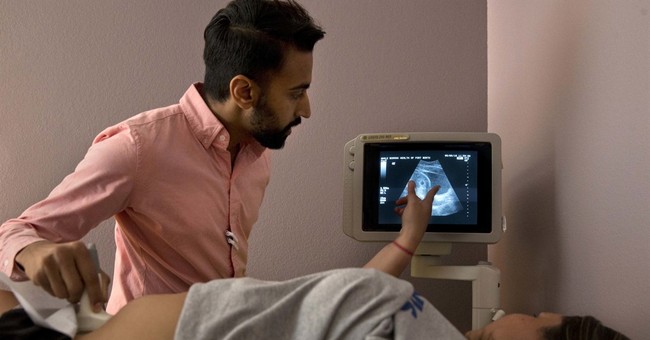 Congressional members from both houses are supporting a bill that would enlarge the scope of the Child Tax Credit to include unborn babies.

It appears that the child must ultimately be born before people can avail themselves of the credit. “The credit would be claimed retroactively after the child is born,” a press release from Rep. Luke Messer (R-IN) states.

“The work, care, and costs associated with motherhood begin long before a child is born, and this legislation gives moms and their families an opportunity for a better start,” he said.

Sen. Daines noted that women who are expecting a child start taking action prior to the baby’s birth: “Whether they are stocking up on diapers or taking time off work for their child’s prenatal care, pregnant mothers begin to provide for their child and plan for the future as soon as they hear the good news.” He added that, “All mothers and all children deserve the same attention under the law. My bill recognizes this and will bring fairness to pregnant mothers as they grow their families.”

Senator Lankford expressed his support for the bill and his desire for the nation’s legislative branch to bring it up for a vote: “It makes sense to expand the Child Tax Credit to cover the costs of that child whether they are incurred before or after birth. I hope it is brought for a vote in Congress – it is an easy way to help families who are planning for the care of a newborn baby.”

The legislation also received the support of several pro-life organizations, including the Family Research Council, the March for Life, the Susan B. Anthony List and the National Right to Life Committee.