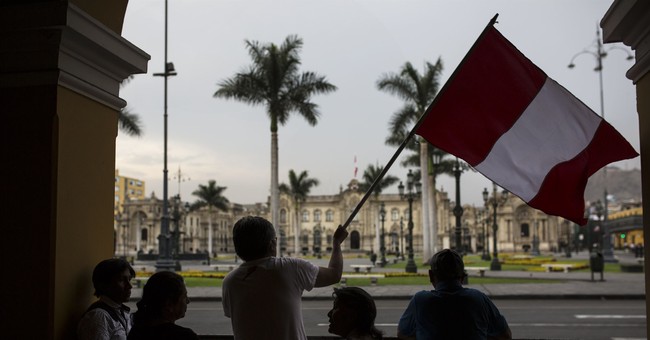 As of Thursday, Peru reported over 498,000 COVID-19 infections and over 21,000 deaths. More than 27,000 additional deaths are under investigation to see if they are related to the virus.

The South American country implemented one of the first lockdowns starting on March 16, and it became one of the longest worldwide, lasting a total of four months.

Investigative journalist Jordan Schachtel questioned why the country's failed lockdown has not been covered by the media.

Not a lot of ppl are paying attention to Peru, which demonstrates the spectacular failure that is lockdown.

Peru had one of the toughest lockdowns in the world. Almost 4 months of isolation.

Peru now has the 2nd highest COVID-19 death rate in the world.

Throughout the stringent four-month lockdown, Peruvians were forbidden to leave their homes unless they needed essential goods; nighttime curfews were enforced, borders were closed, businesses shut down, and a mask order was implemented.

A national mask mandate went into effect on April 7; the government even sent out masks to all people not willing to buy their own. Presumed Democratic presidential candidate Joe Biden and his VP pick Sen. Kamala Harris suggested a federal mask mandate just this afternoon.

4/3/20: "We have arranged that [mask] use is mandatory, when you leave your home and you are in a public place you still have to wear a mask."

But even with all the stringent measures, many of which have been suggested by Democrat lawmakers in the United States, Peru has one of the highest fatality rates of COVID-19 in the world at 4.4 percent, even though it was under strict lockdown. Therefore, other factors must be contributing to the nation's status as one of the hardest hit by the pandemic.

One factor, some have said, could be Peru's income vulnerability. The country relies heavily on industries like tourism, commerce, and transport, all of which contribute to an informal economy. Since many jobs within these fields have been shut down or severely reduced since March, a majority of the country has struggled with income. On average, more Peruvians are worried about lost income than contracting the virus.

Many in the country also live in poor conditions. Most do not own refrigerators, therefore, with curfews in place and businesses operating at limited hours, crowding is common at markets, turning them into possible hotspot locations.

Peruvians are also incredibly skeptical of their government's decision making. On August 6,  President Martin Vizcarra swore in Walter Martos as the new prime minister, the fifth in his two-year leadership. While Vizcarra had a record approval rating of 87 percent in March, by June this figure fell by 17 points, as instability from the pandemic grew.

A distressing point of mystery in Peru lies in the disappearance of 1,200 women and girls since the start of the pandemic. Many fear these females to be dead.

Jacqui Hunt of Equality Now, a non-governmental organization that promotes the rights of women and girls, told The Independent the number of women and girls going missing in Peru is both “staggering and horrific”.

"Peru has one of the highest rates of violence against women in Latin America, and the coronavirus pandemic has worsened what was already a dire situation," she said.  "Covid-19 response measures introduced by the Peruvian government must address the particular vulnerabilities of women and girls."

Since the start of the pandemic, domestic violence in Latin America has soared due to government lockdowns.

As of today, the current daily COVID-19 infection rate in the country stands between 6,000-8,000 cases on average. Its population is just over 33 million people.

Vizcarra plans to reimplement some strict lockdown policies starting Sunday, hoping it will curb back cases and slow the mortality rate.