MLB Season Could Be Threatened Due to New COVID-19 Outbreak 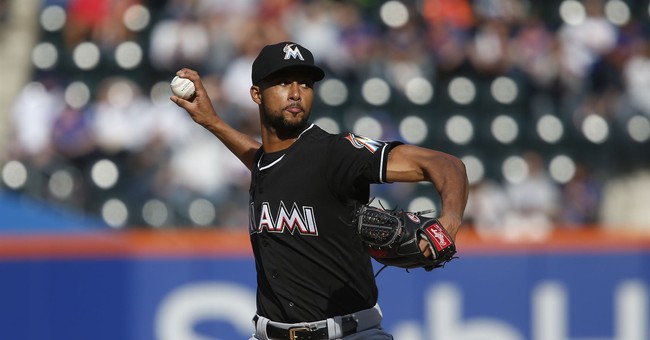 Two MLB games have been postponed due to an outbreak of COVID-19 from the Miami Marlins.

Monday night's game between the Marlins and the Baltimore Orioles has been canceled due to at least due to 12 Marlins players and two coaches testing positive.

Following that news MLB announced the New York Yankees and Philadelphia Phillies game would also be canceled. The Marlins had spent the past weekend playing the Phillies at Citizens Bank Park in Philadelphia.

On Sunday it was confirmed that four players had tested positive, but an additional 12 players and two coaches tested positive Monday. The team has not yet traveled back to Miami. It is still in Philadelphia undergoing testing. Depending on test outcomes, Marlins' team members could be subjected to self-isolation, in accordance with the MLB and the Players’ Association health and safety protocols.

The four individuals who consented to allow the Marlins to disclose their positive test ahead of Monday's news were catcher Jorge Alfaro, outfielders Garrett Cooper and Harold Ramirez, and pitcher Jose Urena. They were all taken out of Sunday night's game.

Based on the fact at least two players still participated in Saturday's game, it's safe to say the Orioles could face a similar outbreak.

The Marlins released a statement from CEO Derek Jeter on the recent discoveries about the team's health.

"The health of our players and staff has been and will continue to be our primary focus as we navigate through these unchartered waters," Jeter said. "After a successful Spring 2.0, we have now experienced challenges once we went on the road and left Miami. Postponing tonight's home opener was the correct decision to ensure we take a collective pause and try to properly grasp the totality of this situation."

The MLB released a statement regarding the current situation.

However, there is no mention of what this could mean for MLB going forward. That decision rests in the hands of Rob Manfred, the Commissioner of the MLB.

In early July, Manfred spoke on The Dan Patrick show about how the season would work and did put forward a glimpse of what it would mean for the MLB if a team had a major outbreak.

"If we have a team or two that's really decimated with a number of people who had the virus and can't play for any significant period of time, it could have a real impact on the competition and we'd have to think very, very hard about what we're doing," said Manfred.

As a result of the recent COVID-19 developments in the MLB, DraftKings Inc. shares plummeted Monday. The news does not bode well for any of the other three major sports leagues as they look to return to the new normal.