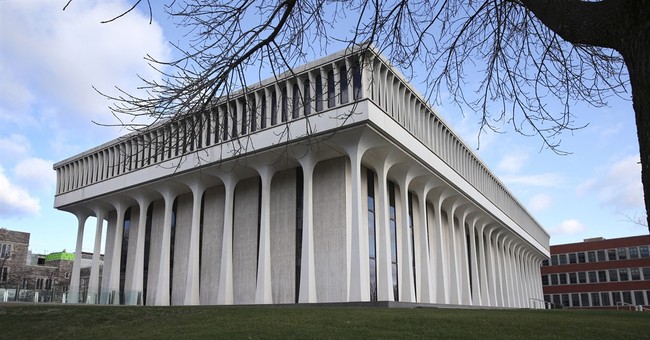 On July 4th, a group of Princeton faculty, mostly consisting of Black professors, wrote a letter to the university with nearly 50 demands, all as part of an effort to combat "anti-Black racism."

"Anti-Black racism has a visible bearing upon Princeton’s campus makeup and its hiring practices," the letter said. "It is the problem that faculty of color are routinely called upon to remedy by making ourselves visible; by persuading our white colleagues to overcome bias in hiring, admission, and recruitment efforts; and by serving as mentors and support networks for junior faculty and students seeking to thrive in an environment where they are not prioritized."

The group wants the school to implement changes at the university, faculty, postdoc, graduate, and undergraduate levels.

These professors are urging Princeton leadership to give seats at the "decision-making table" to the Black faculty who are "actively anti-racist and inclusive in their practices." They believe that the Princeton community needs to be educated about "the legacy of slavery and white supremacy."

Some of the other demands include addressing Princeton’s history with slavery as part of their freshman orientation process, rewarding the "invisible work" done by faculty of color with course relief and summer salary, elevating more faculty of color to prominent leadership positions, and removing questions about misdemeanors and felony convictions on all applications for both students and staff. These are just a few of the countless demands these faculty have asked of Princeton leadership.

At Princeton 9% of students are Black, 12% are Hispanic, and 25% are Asian. A total of 44% of students at the university are white.

"What we offer here are principled steps which, if implemented with care and in consultation with all affected parties, could immediately and powerfully move the dial further toward justice for this campus and, given Princeton’s influence, for the world," the letter concluded.