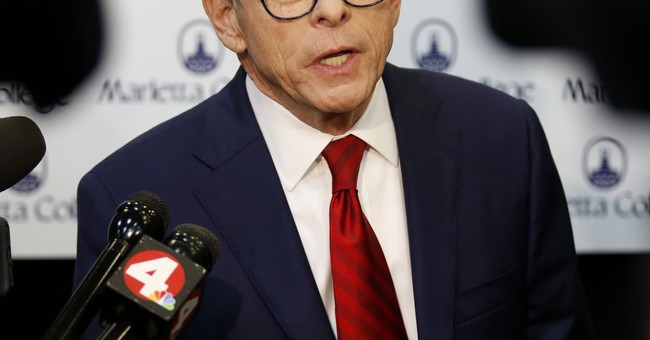 Also referred to as House Bill 164, the law permits students in Ohio schools to be able to pray, wear religious clothing, meet in faith groups on campus grounds, and express their religious views, as long as it is not seen as disruptive. Students also will no longer be penalized for expressing religious freedom in responses to homework, artwork, and other assignments.

Originally the bill was introduced by Republican Rep. Tim Ginter in March 2019 and passed with an almost unanimous vote in the House in November.

“I’m grateful seeing this important bill regarding expression, which is protected by our First Amendment, become law in Ohio,” said Ginter in a statement. “This will ensure students’ rights at a public school to engage in religious expression in the same way students can participate in secular activities.”

The previous state law had prohibited a school district to promote a particular religion, but protected a student’s right to express religious beliefs. The main change in Ginter’s bill is that students will now be allowed to practice their religious beliefs during instructional periods.

“Under House Bill 164, a Christian or Jewish student would not be able to say my religious texts teach me that the world is 6,000 years old, so I don't have to answer this question," said Ginter.  "They're still going to be tested in the class and they cannot ignore the class material."

The legislation had four committee hearings and gained support from over 60 sponsors within both legislative chambers.

While gaining a great deal of support from lawmakers, the bill has its critics, including Democrat Rep. Catherine Ingram who believes the bill would limit school control.

“This is not hyperbole; this is an attack on science, truth and reason,” she said in a December 2019 column for the Columbus Dispatch. “This bill is, at best, constitutionally unnecessary and, at worst, dangerous to the very fabric of a democratic society and its reliance on objective facts that inform truth.”

Gary Daniels, chief lobbyist for the Ohio ACLU called the bill “a true mixed bag” in opponent testimony on June 9.

Daniels also cited in a commentary on December 2019, that while the ACLU is in support of “protecting the religious liberties” of public school students, he believes the bill is unnecessary and uses vague language that could put schools at risk of lawsuits.

Many found the decision to be a long time coming. Students even went as far as to testify in committee hearings for the bill, as they felt that they were receiving different treatment due to involvement with clubs of a religious nature.

Aaron Baer, President of Citizens for Community Values was also quite pleased with Friday's outcome.

“The Student Religious Liberties Act is carefully crafted to ensure school administrators can’t unfairly penalize students of all faiths, or no faith. It shouldn’t be controversial to stand for religious freedom,” he said.