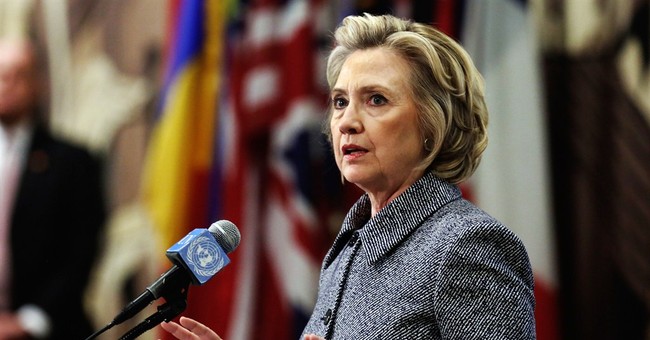 Hillary Clinton’s email drama has the right in an uproar, but the scandal doesn't look like it will hurt her in terms of the democratic nomination, once she decides to announce her candidacy.

Over the weekend, hundreds of “Ready for Hillary” fans in Washington lined up to attend a rally hosted by Clinton’s PAC. Each attendee contributed at least $20.16 at the door, and collected Hillary swag, including posters featuring Clinton using her Blackberry with the caption “#ready.”

Clinton has weathered scandals before, and the mudslinging is only just beginning as the nation revs up for primaries. Emailgate outrage seems only to be coming from the right.

In comparison with other 2016 hopefuls -- Republican and Democrat -- Clinton ranks highest in both familiarity and favorability.

Many Democrats share Clark’s lack of concern over the scandal: 62 percent don’t consider it a serious problem that Hillary Clinton used her private email account to do business as Secretary of State.

“It doesn't concern me at all that she kept them in a private server,” Joan Fuchsman, another attendee of the rally, told CBS. “For all I know, that could be more secure. Everything is getting hacked these days -- if Sony was hacked, for all I know, the State Department could be hacked.”

Many on the left have brushed off the wave of critique from media as irrelevant political posturing. At her U.N. press conference last week, the first question was a softball from a Turkish Television reporter: “if you were a man today, would all this fuss being made be made?” 71 percent of Democrats think that the media is making too big of a deal about emailgate.

“There is no one else — she’s the whole plan,” Sarah Kovner, fund-raiser and longtime Clinton ally told the New York Times last week. “She is by far the most experienced and qualified person we could possibly nominate. Not even on the horizon but on the far horizon.”