RedState: Our Christmas Wish For You and Yours 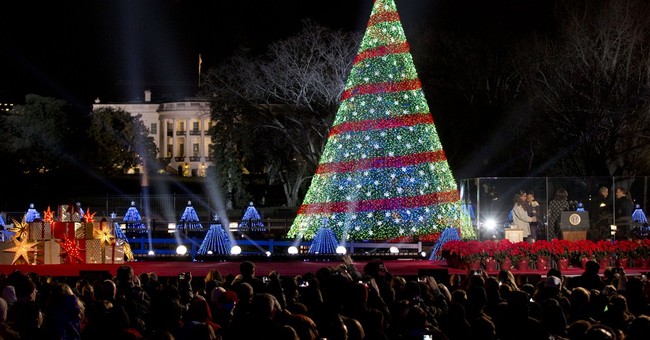 In the December issue of Townhall Magazine, where this article originally appeared, RedState’s Bryan Pruitt offers a few thoughts on the New Year.

As the year winds down and our focus turns toward time with family and friends, our thoughts at RedState are on you, our readers. Whether we reach you through this magazine, online at RedState.com, via Erick’s ubiquitous Morning Briefing, or on our Twitter feed or Facebook page, we value you and your interaction with us. RedState has one of the most dynamic, engaged readerships in the political world. We are only effective because you so often answer the call and hold your elected officials accountable throughout the year, and especially at the ballot box.

The following are some thoughts we have from this year and looking forward to the next. Happy Holidays.

Anyone following politics knows the conservative movement has had a few setbacks in this election cycle. Be not afraid. Less covered in the media are our significant steps forward, the elections won with good strategy and great candidates. There will be more of this to come. Keep the faith and stay tuned.

Please give some serious thought to making time in your summer schedule to attend the RedState Gathering in Atlanta from August 6-9. If you are an alum of previous Gatherings and have already registered, we are deeply grateful. We anticipate most if not all of the 2016 presidential aspirants will attend. They want your early support and we are working to ensure they earn it.

Speaking of aspirants for that highest office, there are elements that are frustrating about the fact that our presidential politics begin so much earlier these days. President Ronald Reagan announced his candidacy less than a year before he was elected. President Obama declared almost two years prior. You can expect that candidates for the Republican nomination will begin announcing their intentions soon after the New Year, perhaps even immediately after the midterm election results are known.

There will be plenty of candidates in the field. This is a good thing. Do not believe the mainstream media and liberal pundits when they tell you that competition will weaken the eventual candidate against the Hillary Clinton coronation machine. Pay close attention to the candidates’ positions on issues. Use social media to promote the candidate who inspires you. If you happen to live in a state that doesn’t get a lot of media attention, anywhere outside Iowa, New Hampshire, and South Carolina, raise your voice even louder. Every state matters when electing a president.

There is an often-quoted line (used throughout the television show “The West Wing”), “Decisions are made by those who show up.”

This is usually interpreted to mean showing up to vote. Certainly being an informed voter is part of our civic duty. But as a RedState conservative, we also hope you will take the next step and consider running for office someday. Sure, our democracy can survive with leaders who stay in power for endless amounts of time. But it truly thrives when average citizens take that big step, throw their hat in the ring by putting their name on the ballot, and standing in front of their fellow citizens with fresh ideas and a new face for leadership.

Whether running for dogcatcher or Congress, you can make a difference. You never know when the right opportunity might present itself to challenge an old, entrenched incumbent dedicated only to their D.C. lobbyist friends. Representatives should always represent their constituents, not special interests.

And finally…the things that matter

We wish you the happiest of Christmas seasons. Have a great time! We never really cared for those conservative commentators who take to lecturing the public on the commercialization of a religious holiday. Kids love gifts and Santa Claus is kind of cool in a weird way.

But as they say, be sure to remembering in your own way the reason for the season. Donate anonymously to a charity, give support to those struggling, say a prayer of thanks for the abundant blessing that is the United States of America.

Our family tradition is to read the Christmas story (Luke 2: 1-20) before opening presents on Christmas morning. It’s the best way to start the day if you ask me.

God bless and Happy New Year, the future is bright.