Kicking Cars to the Curb 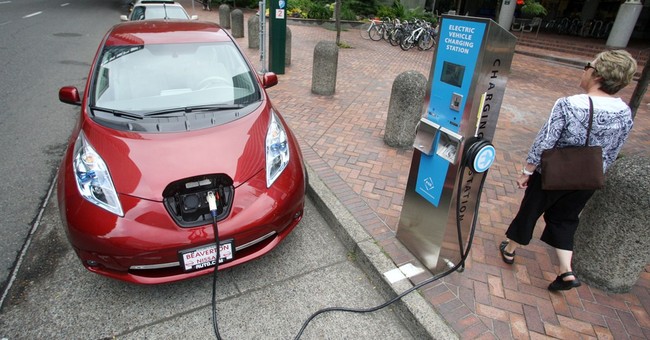 The United Kingdom is steeped in history, tradition, and heritage. Sure, that tradition no longer includes things like guns, social conservatism, or fiscal sanity; but at least they still have a queen, right?

The U.K.’s capital city of London might soon give a hoity goodbye to yet another tradition: cars. It seems auto- mobiles might be going the way of the horse-drawn carriage in England’s larg- est metropolitan hub.

That’s right. The city of London will soon be closing its roads to anything other than zero-emission modes of trans- portation. Despite the fact that there are more than 800,000 classic cars (I have to assume most of these run on refined dinosaur bones) in the country, the U.K.’s capital has decided that the environment is just too darn precious to allow citizens any option of personal transportation.

A nearly $7.5 billion per year industry is about to be pushed out of London by England’s environmentalists, nannyists, and crony capitalists. The city’s mayor, Boris Johnson, wants to ban any emission-spewing vehicle by the year 2020 in an effort to reduce global pollution levels. I’m sure the polar bears are thrilled that James Bond will be trading his DB5 for a Tesla.

Naturally, there is a whole range of car collectors, industry insiders, and average commuters, who are less than thrilled by the idea of swapping their gas-guzzling motor-carriages for some swanky new electric Vespa. But, let’s not let a little thing like European micromanaging get in the way of good-old fashioned crony capitalism. Already Johnson and industry groups are working out a list of criteria that would permit certain connected groups an exemption from London’s newfound love for fascist environmentalism.

Ben Cussons, a “mate” with the Royal Automobile Club, explained that the plan hinges on the question of “finding a balance about usage.” He also suggested that older vehicles might be permitted to pay some sort of a usage fee, or entrance fee, to enter London’s “ultra-low” emissions zone.

The truth is, Johnson’s plan is ludicrous on many levels. In addition to the environmentally questionable practice of ramping up the production of lithium batteries (and other toxic battery com- ponents), the plan will virtually cripple London’s presence as an international business hub. After all, businesses don’t generally pick locations solely because of the view, history, or physical distance to the world’s most beloved royal matriarch. The ease of doing business, and a relatively low overhead, are generally more important than having “London” in the official address.

Beyond the economic stupidity of placing such draconian (and eventually corruptible) standards on vehicles, there is little-to-no true environmental benefit to be gained. Oh sure, a handful of Chevy Volt-loving liberals might be pleased. But there is likely to be little reduction in emissions from banning gas-powered vehicles. After all, where do you think the electricity for an electric vehicle comes from? I’ll give you a hint, the electricity that comes from the 220 socket in your garage isn’t magic.

Bird-killing windmills, tundra- destroying solar panels, and smog- inducing coal plants will be working overtime to pump a few more kilowatts to the homes that have adopted the liberal myth of the “zero-emissions” vehicle. And while our lovely British lefties might feel good about skipping a trip to the petrol station, someone should remind them that their toxic battery packs are not biodegradable. Landfills will soon be a little less clean because of London’s dedication to Al Gore’s global hoax.

More than the economic impact, or the environmental hypocrisy, the statist nature should have citizens all over the world a little on edge. The ease with which legislators, bureaucrats, and nannyists can twist laws to regulate the people into submission is almost startling. London’s planned devotion to zero-emission vehicles is a shot across the bow of individual rights and, more importantly, republican populism. It is another example of government controlling the populace, rather than the other way around. Regulations are supposed to be a reaction to a need, not the driving force behind social engineering.

Now, in case you were wondering, this doesn’t actually appear to be the case in today’s regulation-happy Western world. In fact, government is in the very ridiculous position of trying to create certain industries and businesses (such as windmills, electric vehicles, and carbon marketplaces), because the free market has yet to determine a need, desire, or efficient method of production for such tree-hugging concepts. But, really, why should we let proven concepts (like market forces and free economies) get in the way of some well-intentioned liberalism, right?

Someone should remind the Brits that us colonists started a shooting war over a tax on our breakfast beverage. At some point, it’s probably OK for them to put up a little bit of a fuss over the government doing things like banning otherwise legal automobiles. •

Michael Schaus is the associate editor of Townhall Finance.