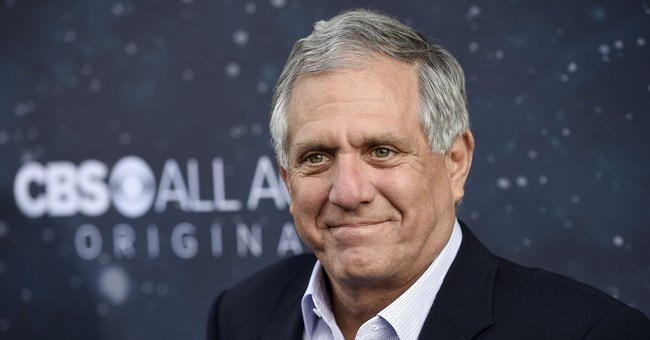 CNN's Brian Stelter reports that CBS top executive Les Moonves will be stepping down after sexual misconduct allegations have come to light.

Moonves is likely to announce on Monday that he will be stepping down, according to CNN.

Lawyers were said to be putting the finishing touches on the settlement on Sunday. Internally, it is being called a "global settlement," meant to resolve months of litigation between Moonves and Shari Redstone, the controlling shareholder of CBS.

Moonves and Redstone were locked in a tug of war even before July 27, when Ronan Farrow first reported on alleged harassment by Moonves.

Farrow published a followup on Sunday. He wrote that "six additional women have accused the television executive of sexual misconduct, as the board of the CBS Corporation weighs the terms of his departure."

CNN also reports that Farrow told the network many of the women involved in the allegations have been frustrated with CBS' board's handling of the situation.

Under the terms of his contract, Moonves would owed almost $180 million if removed without "cause." But if he is removed "for cause," relating to the harassment allegations, for example, such an eye-popping severance package would not be in play.

"As of a couple of days ago, they were still talking about potentially letting him leave with a very generous exit package, up to the neighborhood of $100 million," Farrow said on CNN. "Many of the women found that very, very frustrating. They felt this was a board that has let a powerful man who makes a lot of money for this company, in the words of one person, 'get away with it.'"

Moonves for his part denies the allegations, according to Fox News.

“The appalling accusations in this article are untrue. What is true is that I had consensual relations with three of the women some 25 years ago before I came to CBS. And I have never used my position to hinder the advancement or careers of women,” Moonves told the outlet in a statement. “In my 40 years of work, I have never before heard of such disturbing accusations. I can only surmise they are surfacing now for the first time, decades later, as part of a concerted effort by others to destroy my name, my reputation, and my career. Anyone who knows me knows that the person described in this article is not me.”