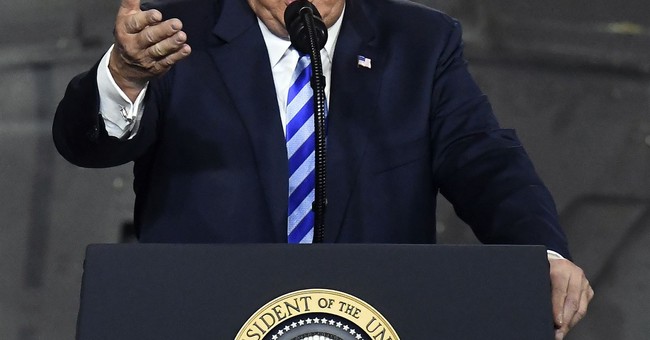 President Donald J. Trump slammed social media and big tech. today for their censorship of conservative voices, arguing that mainstream media sites like CNN and MSNBC are allowed to post fake news without punishment and that "censorship is a very dangerous thing & absolutely impossible to police."

Social Media is totally discriminating against Republican/Conservative voices. Speaking loudly and clearly for the Trump Administration, we won’t let that happen. They are closing down the opinions of many people on the RIGHT, while at the same time doing nothing to others.......

.....Censorship is a very dangerous thing & absolutely impossible to police. If you are weeding out Fake News, there is nothing so Fake as CNN & MSNBC, & yet I do not ask that their sick behavior be removed. I get used to it and watch with a grain of salt, or don’t watch at all..

....Too many voices are being destroyed, some good & some bad, and that cannot be allowed to happen. Who is making the choices, because I can already tell you that too many mistakes are being made. Let everybody participate, good & bad, and we will all just have to figure it out!

Earlier in August, conspiracy theorist Alex Jones was removed from various social media platforms such as Facebook and Youtube. Many critics warned that despite Jones espousing arguably fringe views and outright lies, the censorship of non-leftist thinkers would continue and target conservative thinkers and remove conservatives from various platforms.

CRTV's Gavin McInnes was recently kicked off Twitter for reasons unknown, other than that he supposedly violated their guidelines. But, conservatives have long argued that even if these social media websites do not explicitly block an individual or organization from using their platform, that the company would in effect place a "shadow ban" on their accounts and prevent their followers from seeing their tweets.  James O'Keefe's Project Veritas even recorded Twitter engineers discussing how they planned on preventing certain viewpoints from being aired on their platform.

Not only does Twitter shadow ban prominent Republicans, they also consider any Trump supporter who tweets about "God," "guns," or "the flag" a Russian bot (as seen in our undercover expose.) https://t.co/lxo0JoN2GP pic.twitter.com/MAPhk8tsvr

While that video purports to show what happens behind the scenes at just Twitter, many on the right fear that this sort of shadowbanning occurs on all left-wing platforms that spring out of the liberal Silicon Valley. Just last night, Dennis Prager's "Prager U" showed statistics highlighting that despite having nearly 3 million followers on Facebook, their most recent 9 posts were seen by zero of their followers.

Our last 9 posts are reaching 0 of our 3 million followers. At least two videos were deleted last night for “hate speech” including our recent video with @conservmillen.

Likewise, several of their videos were errantly marked as hateful. CRTV's Allie Beth Stuckey recently filmed a video for Prager U discussing toxic masculinity that was taken down, but Facebook apologized and claimed it was a "mistake."

Facebook took down my @prageru video on masculinity. They said it was a mistake & apologized. ???? https://t.co/pkWe0xL7lf

Given the relatively new influence of social media in American society, it is not obvious what steps forward the government can, or should, take to prevent censorship in political discourse on privately owned websites. The president's tweets appear to indicate that he wants to address the issue but given that conservatives often argue against market interference the exact remedy to the solution remains unclear.