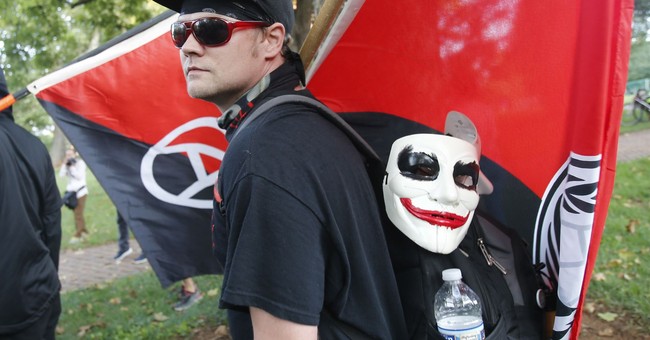 On Saturday evening, NBC News correspondent Cal Perry and his camera crew were assaulted by a group of violent Antifa members in Charlottesville, VA. Antifa claimed they were there to promote safety during the one year anniversary of Heather Heyer’s death, but video footage shows this to be the opposite.

As noted by Newsbusters, one Twitter user responded to the scenes of violence perpetrated by Antifa by saying “f**k off media vulture.” Perry replied, “Yeah. We’re getting a lot of this. Protesters trying to grab our camera.

Other video obtained by Wired Sources shows an unruly scene as Antifa attacks police officers in between chants of "Black Lives Matter" and "F**k the police."

Police presence remains heavy in Charlottesville today as well as in Washington, DC where it clashes between Antifa and white nationalist groups are expected during the "Unite the Right" rally.