President Trump: The EU is a 'Foe' But That Doesn't Mean They Are Bad 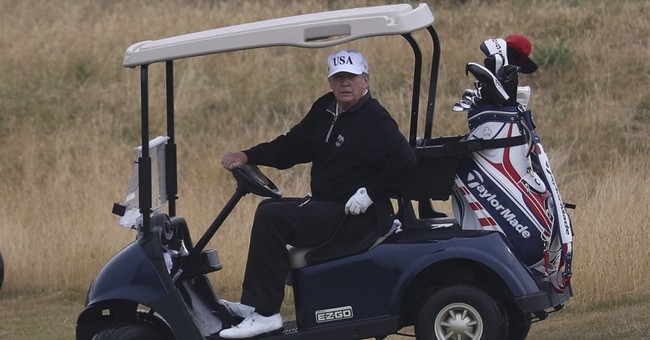 President Donald J. Trump sat down with CBS News’ “Face the Nation” today and labeled the European Union a “foe," but his remark is a little more nuanced than it seems.

Glor asked President Trump whom he considers to be competitors and foes of the United States. Among his list of opponents included the European Union, China, and Russia. But simply because he considers these actors to be a “foe” does not necessarily mean that they are bad, he clarified.

“Well, I think we have a lot of foes. I think the European Union is a foe, what they do to us in trade. Now you wouldn’t think of the European Union, but they’re a foe. Russia is a foe in certain aspects. China is a foe economically, certainly they are a foe,” President Trump began his answer.

Glor then said, “A lot of people might be surprised to hear you list the EU as a foe before China and Russia?

But, the president noted that some countries, such as Germany, act in ways that are unfair to the United States. “Germany made a pipeline deal with Russia. Where they’re going to be paying Russia billions and billions of dollars a year for energy and I say that's not good, that’s not fair. You’re supposed to be fighting for someone and then that someone gives billions of dollars to the one you’re, you know, guarding against?"

The exchange can be watched here.

President Trump tells @jeffglor the European Union is a “foe” of the United States. The president also said Russia is a “foe in certain respects” and China “is a foe economically.” pic.twitter.com/yVeXYRmFn8

BREAKING: President Trump in new @CBSNews interview calls the European Union a “foe” of the United States. The president also said Russia is a “foe in certain respects” and China “is a foe economically.”
Coming up on @FaceTheNation: pic.twitter.com/s4mRpV8ok2